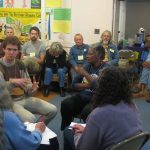 The New England WTR Gathering, October 14-16 The Gathering was powerful. I drove there and back with Ruth Benn, the NWTRCC Coordinator, and we had a great conversation about the history of war tax resistance in the car ride. The Agape Community in Ware, Massachusetts, generously opened their space for us all to meet, including finding beds for 15 of us over the course of the weekend. Friday evening and Sunday morning sessions at Agape were focused on war tax resistance stories and organizing. The theme of the weekend was how to recognize the intersections between our movements and join together in resistance to the oppressive system. The highlight was a Saturday program in Amherst, when Joanne Sheehan (WRL New […] 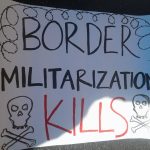 I’m happy to report that our outreach at the SOAW border convergence at ambos Nogales (both Nogales, on the US and Mexico sides) went very well! NWTRCC network members, including myself, Anne Barron, Rachel Soltis, and Coleman Smith, were present at each activity throughout the weekend, including the vigil at the Eloy Detention Center (where undocumented immigrants are imprisoned awaiting deportation or release into the US), the march to the border on Saturday, the tabling and workshops, and the Sunday activities. At the border on Saturday morning I met Paula Kahn from CODEPINK who is promoting a People’s Tribunal on the Iraq War in December. She asked NWTRCC to be a part of this effort. I’ve proposed a potential endorsement and […] 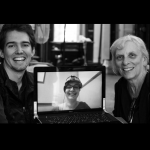 In May, the Coordinating Committee approved spending funds to pay a field organizer to conduct a survey of the NWTRCC network, figure out ways to support and grow our affiliates, as well as to reach out to new populations that NWTRCC isn’t currently reaching. In September, after the hiring committee evaluated over 30 applicants and conducted interviews, we decided to offer the work to community organizer and war tax resister Sam Koplinka-Loehr! Avid readers of our blog might remember Sam’s letter to the IRS from last year. Sam will be working closely with NWTRCC’s two current consultants, coordinator Ruth Benn and social media consultant Erica Weiland. Sam will work part-time from Philadelphia, where they also currently work as a nanny. […] 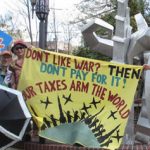 First and foremost, we have just listed our new Field Organizer/Outreach Consultant position on Idealist, New York Craigslist, and our website! We’re looking to build more power among our network affiliates and individual WTRs around the country. This is a temporary position with flexible hours. See the listings for details and application procedures. War tax resister Clare Hanrahan has recently released her memoir, The Half-Life of a Free Radical: Growing Up Irish Catholic in Jim Crow Memphis. On her website, she mentions when her family was counted for the 1960 Census: In the photo Mama is seated, pen in hand, filling out the form. Daddy stands behind her with his ever-present Roi Tan cigar in the hand that rests on […] 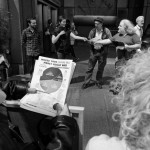 (from our June/July 2016 newsletter🙂 “In order that we may offer our fellow citizens an alternative by which their tax monies may be directed to the sustainment of life rather than its destruction, the PEOPLE’S LIFE FUND is established.” Thus read the announcement of the founding of the New York City alternative fund in the August 1971 issue of Tax Talk, published by War Tax Resistance, the Vietnam War-era national organization that preceded NWTRCC. In the October issue of that year, Tax Talk included a page on Alternative Funds, explaining that “These are Funds whereby war tax resisters are pooling the money they have refused to give to the government. The money is rechanneled to local community groups.” Of the […]

We don’t have a recipe for inspiring new war tax resisters—every person and every circumstance is different. To me, what this means is that the more ways we have of telling our stories and sharing our message, the more likely it is that our message will speak to a variety of people. Consider this your call-out to share your experiences of resistance! In particular, I am looking for: New blog contributors and posts! Ruth and I, as NWTRCC’s paid consultants, are the primary contributors to the blog. Jason Rawn has also shared several posts related to his travels in Japan and Korea over the past year. Now I am calling on you. Did you have an interesting conversation with someone […] 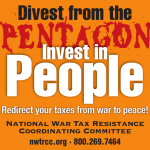 Days of War Tax Action 2016 PRESS RELEASE For Immediate Release: January 15, 2016 Contact: Ruth Benn, Coordinator National War Tax Resistance Coordinating Committee (NWTRCC) PO Box 150553, Brooklyn, NY11215 • 800-269-7464 From Martin Luther King Jr.’s Birthday to Tax Day A Call to Invest in People, Divest From the Pentagon “A nation that continues year after year to spend more money on military defense than on programs of social uplift is approaching spiritual doom” –Martin Luther King Jr. Dr. Martin Luther King Jr. denounced the deep connections between United States militarism and the social and racial problems in the United States. He warned of the moral injury created by the war in Vietnam and the impact of war back […]