The Costs of War Project with the Watson Institute at Brown University recently published a report on the high suicide rates of military members and veterans of the post 9/11 wars. Their study repeated what has been known for some time, that members of the military are 4 times more likely to die by suicide than in combat. While suicide in the military had been lower than the general population in the past, the trend has reversed over the past 20 years and parallels the longest running foreign war in U.S. history in Afghanistan. 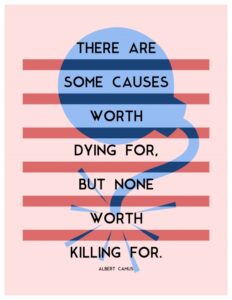 While advances in medical technology has led to less people being killed on the battlefield it has also created a situation of more military members living with increased trauma. Aside from the general stress of military life and training, suicides among veterans have been attributed to access to guns, difficulty reintegrating to civilian life and exposure to  improvised explosive devices (IEDs), traumatic brain injuries (TBIs).

While the statement, “the American public’s disinterest in the post-9/11 wars, have greatly contributed to increased suicide rates”  seems to overlook those in the anti-war movement who have attempted to prevent the negative impacts of war, it also overlooks the costs of war by soldiers has been in a smaller concentration of military families.  In the summary they write, “High suicide rates mark the failure of the U.S. government and U.S. society to manage the mental health costs of our current conflicts.”

On the other side of the coin, the UNHCR (the UN Refugee Agency) released their findings of those most impacted by war worldwide. The global number of people fleeing from conflict and war rose to 82.4 million people. The UN Refugee Agency urged world leaders to step up their efforts to foster peace, stability and cooperation to reverse a 10-year trend that saw a rise in displacement because of violence.

At the beginning of the pandemic in 2020 when over 160 countries closed their borders (with 99 countries making no exception for people being persecuted) the head of the UN called for a ceasefire among nations of the world yet the world witnessed an increase of people fleeing their homes despite national lockdowns. The greatest  impact has been on girls and boys under the age of 18 who account for over 42% of all forcibly displaced people; refugee resettlement plunged to its lowest level in 20 years. 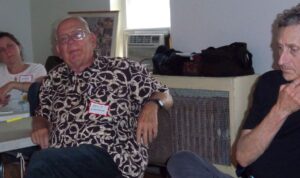 Dave Zarembka at NWTRCC conference May 2019

David Zarembka wrote an article God and Caesar in which he describes his process of refusing to kill as part of the US empire and how that led him to withhold his coins, representing his life energy and to invest that into healing and peacebuilding activities. At age, 18 David realized that he could not participate in killing other human beings and became a Conscientious Objector. Soon thereafter he realized he could not pay for other human beings to kill others and became a war tax resister. He was an integral part of the formation of NWTRCC as war tax resistance was an integral part of his being. He recognized that the impact of those carrying out war and those impacted most by war are part of the same coin; he demonstrated his power by refusing to had over that coin to the State.

In his piece “God and Caesar: On War Tax Resistance,” Zarembka writes, “My resistance has not curtailed the expansion of the U.S. military-industrial complex, but that is not why I am a war tax resister. I resist because I don’t want to participate in killing people, directly or indirectly. I have lived the life as I wanted to live without letting the IRS god determine my choices….It also keeps me aware that I was an outsider to the so-called “American Dream” as a non-participant in America’s war making that sustains American affluence. Moreover, there is no doubt that my involvement in peacemaking in East Africa is the flip side to my war tax resistance – I not only need to oppose militarism, but work to restore peace and reconciliation to places that have been beset by violence and war.”

You can read Bill Ramsey’s wonder tribute to David’s life in More Than a Paycheck.