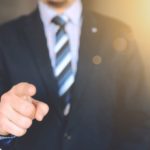 During the Vietnam War, I joined Friends (Quakers) and other peace activists at the Post Office on tax day to pass out War Resister League pie charts showing how much of our national budget was spent on war. In the late 1970’s, I heard Richard Catlett and Bruce Chrisman speak about their war tax resistance at a Friends gathering and was inspired by their witness. Getting through medical school gave me the courage to begin resisting payment of war taxes. As an employee, I have inflated my withholding allowances. When I was in family practice, I lowered my salary to below the taxable income level to prevent collection. As a contract physician, I paid what I owed in self-employment taxes […] 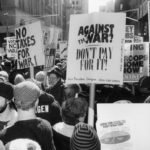 Maybe because I was in Massachusetts over the weekend, the Colrain house seizure story from 1989 – 1993 was on my mind today. And then I remembered something I had neglected to do, which was to post a talk by longtime war tax resister and Massachusetts resident Larry Rosenwald. Larry was a panelist at the 25th anniversary Colrain reunion in November 2018. The panel topic was “The impacts Colrain might have had on the national WTR movement and thoughts on the current state of the WTR and the peace movement.” By “Colrain” we mean not just a house seizure, but the four years of organizing, vigils and civil disobedience at the seized property under the banner “It’s wrong to confiscate […]

Dear IRS Employee, As a conscientious objector to war, I will not pay my 2018 income tax. I believe war killing is wrong and therefore I cannot pay for it. There are other ways for nations to resolve their conflicts with one another besides through war killing. The U.S. government spends nearly half its budget on war & preparations for war. This type of spending does not reflect my humanitarian values and therefore I will not support it. I am paying my self-employment tax ($7,055; line 57). I am sending that amount to you. I am sending the remaining amount of my income tax due ($1,577; line 13) to the People’s Life Fund to be held until the U.S. Government […]

Dear Friends at the IRS, We cannot in conscience pay for the killing of other human beings or pay for war and preparations for war. Human life is too precious to drop bombs on people because we do not like their governments. Developing a new generation of nuclear weapons which could put an end to life on our beautiful planet is immoral and insane.. Giving the Pentagon hundreds of billions of dollars does not increase the security of our people when we are cutting funds for schools, libraries, job training, and now even the EPA, diplomacy work at the State Department., and transition to a renewable energy future. The wars in Iraq, Afghanistan, Syria, Yemen and elsewhere, and increased use […] 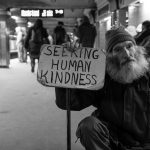 While I have been involved in War Tax Resistance(WTR) for the past 20 years,  I have paid property taxes to the City of St. Louis. Five years ago I bought a house at one of the many tax sales where the city sells houses for the back taxes owed after not being paid for 5 years. I, like many others wait until the last week of the year to pay these taxes. This year when I pulled up to City Hall there was a man sleeping on a steam grate with some possessions surrounding him. It was particularly jarring this day as I was coming to pay my taxes to the city. I started to leave and then returned to […] 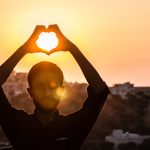 In the latter half of December, President Trump announced the withdrawal of all 2,000 U.S. troops from Syria along with an additional withdrawal of 7,000 troops (a 50% reduction) from Afghanistan. Originally, Trump gave the military thirty days to remove troops from Syria, but now has extended the deadline to four months. One would think this news would have brought a tremendous amount of holiday cheer, but folks of blue and red persuasions have been lambasting Trump over the decision. I do not pretend to have an expert grasp the political situation in Syria. (Here is a brief synopsis of the current situation in Syria). But along with groups like World Beyond War, I want to pressure President Trump to […] 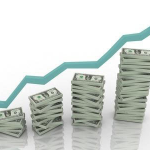 A story from Finland jumped out of the paper at me recently: “In Finland, Every Citizen’s Taxable Income Is Revealed” (NY Times, 11/2/2018). The article describes a surprising tradition in that country. Many in Finland feel that this transparency helps to control the gap between high and low incomes and to control disparities in pay for the same work. Executives seem to think twice before raising their own salaries. One interviewee said Finns tend to be humble; “If you show it around, no one likes you,” he said. Such an idea must make that guy in the White House cringe. The rest of us can certainly see advantages to having such a release be automatic as far as trying […] 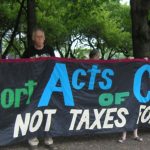 At our November 2018 meeting in Cleveland, NWTRCC endorsed the No to NATO, No to Racism call from the United National Antiwar Coalition (UNAC), including a major mobilization to protest NATO’s meeting in Washington, D.C. on March 30, 2019, and other actions on April 4. NWTRCC chose to meet in Chicago during the weekend of the major protests against the NATO meeting there in May 2012. We participated in the major protest march and leafletted heavily during the preceding rally. Our stand against militarism includes all spending for NATO and similar militarist alliances, whether ostensibly “defensive” or “offensive” in nature. UNAC’s mobilization call says, in part, “It was exactly one year before he was murdered [on April 4, 1968] that […] 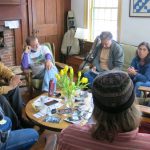 A summary of a great weekend at the New England Gathering of War Tax Resisters Woolman Hill, Deerfield, Massachusetts, November 16-18, 2018 Between 1989 and 1993, hundreds of people flocked to Colrain, Mass., to voice their opposition to war and military spending by supporting the war tax resistance (WTR) of Betsy Corner and Randy Kehler when the IRS seized their home. You can read about them and a synopsis of the house seizure here – and through many other web links. About 50 people turned up during the reunion weekend to share personal impacts, reflections, analysis, and lessons of the Colrain action. There were also presentations and perspectives on the military budget and the current state of the WTR and the […] 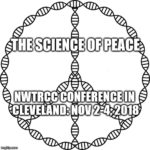 We’re looking forward to seeing many members of the NWTRCC network and broader community for our gathering in Cleveland this weekend, November 2-4. You can join us for one live online broadcast from the conference each day by signing up for Virtual Meeting Access. On Friday night, we’ll have a panel discussion from Catholic Workers in Cleveland about resistance to the Cleveland Air Show. On Saturday there will be a session TBD, and on Sunday we’ll have the regular NWTRCC business meeting from 9 AM to noon. All panel times are in Eastern time. Check out the Virtual Meeting page for more details and the registration link. 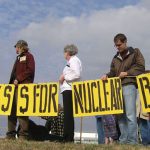 I needed a bit of a boost today, and the sunny spring weather we’re having here in the Pacific Northwest is certainly helping! Sometimes the weight of the world is a bit much in contrast. But I’m also really looking forward to our upcoming conference in LA, May 3-5, because I am basically guaranteed more warm sunny weather, but also because I get to see my friends and accomplices in war tax resistance! Below are some of my favorite pictures from the last few years of gatherings. We have fun. I always love being around war tax resisters – we’re a stubborn bunch and maybe a little weird (okay, definitely weird), but we support each other even across our differences. […] 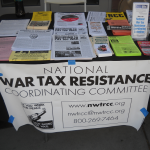 Although I’ve been connected to NWTRCC since 2008, the group has been around since 1982. So I often am curious about what things used to be like. Yesterday, I started poking around the Wayback Machine’s saved versions of the NWTRCC website, which go back to August 2000. (The site was around for years before that.) I was immediately drawn to the Issues page – it’s something we don’t have on our current site. The page summarized some arguments for war tax resistance based on other issues people are concerned about, with subjects ranging from the Contract with America (a 1994 initiative of House Republicans to reduce government spending, cut taxes, enact term limits, build prisons, and slash welfare, among other […]