War tax resisters have similar concerns about warfare, militarism, and how these things are promoted by taxes. But we also have a lot of differences.

We cover a wide ideological spectrum, and range from reformers who want to fix the government so that it prioritizes human needs over Pentagon spending to revolutionaries who want to see the status quo overthrown so that something wholly new can take its place.

But aside from these differences, war tax resisters have a variety of ideas of what war tax resistance is for — what the purpose of it is, and what goals we are pursuing with the tactic of tax refusal.

For example, to those who are conscientiously unwilling to participate in war-making, or who aspire to defund the government’s ability to make war, tactics that completely cut off tax payments are most appealing. But to those who are trying to amplify their protest against war, the amount that is resisted may be less important than the ability to make their resistance noticed.

“Why don’t resisters just choose the best method and then everyone can do it that way?” The answer is that there isn’t a single best method. Different methods are best for different people depending on our motivations and goals, what our situation in life is, and what risks we are willing to take. This page may help you consider your motivations and guide you to a method that’s right for you. 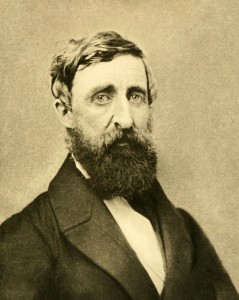 Henry David Thoreau made the conscientious objector’s argument for war tax resistance in his essay Civil Disobedience. “What I have to do is to see, at any rate, that I do not lend myself to the wrong which I condemn.”

This motivation continues to be a common one for war tax resisters. 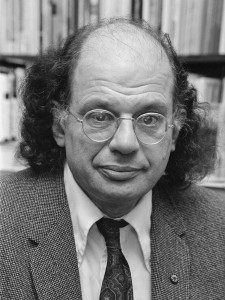 Nonviolent resisters try to force the government to change its policy. Nonviolent resistance tactics have attracted enormous interest in recent years. All around the world, nonviolent “people power” resistance movements have shown that they can move, or even topple, violent governments.

Tax resistance has been part of grassroots rebellions throughout history and continues to be one of the many tools of nonviolent action available to activists who want to make radical change.

Some of us see our war tax resistance as a variety of nonviolent resistance that is designed to compel the government to abandon its policies of militarism. If enough people refuse to pay war taxes, eventually the government will lack the resources it needs to conduct a militaristic policy. 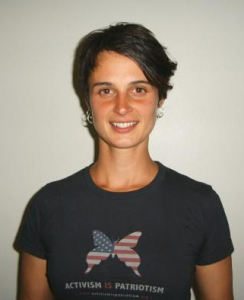 When Julia Butterfly Hill redirected $150,000 in federal taxes, she held a press conference at the San Francisco federal building to make sure everyone knew why.

Some resisters see war tax resistance as a way of amplifying our protest against war. The powers-that-be may not pay much attention when we share outraged posts with our friends on Facebook or sign a petition to Congress, but suddenly they take notice when we refuse to pay the bill for their wars.

For resisters like this, it is important that we choose tactics that make a splash. Quietly refusing to pay war taxes may keep money away from the Pentagon, but isn’t as effective at influencing the people in charge of the spending.

Some resisters have motives for their resistance that don’t fit neatly into any of the above categories.

For example, some of us simply want to make sure that our time and resources are totally devoted to making a better world, and we feel that allowing these resources to be taxed by the government to be spent on war is a poor way to accomplish that.

Other resisters believe that taxation is itself a violent and illegitimate thing, even if the tax money weren’t ultimately going to be spent on war and militarism and resist for that reason.

And many resisters find themselves with motives for their resistance that fit into more than one of these categories. 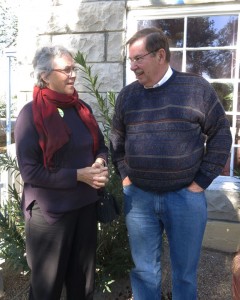 Many governments now acknowledge that individuals have the right to refuse to fight in war. Conscientious objection is a right that is authorized by the laws and constitutions of many nations. Wouldn’t it be best for these nations also to acknowledge the right of people to refuse to participate in war with their taxes?

Conscientious objectors to military service had to fight a desperate and difficult battle before they were able to convince governments to give some sanction to their assertions of conscience. Today there is a campaign to extend this tradition of conscientious objection and gain the right to not pay for war. The legislative campaign includes active war tax resisters and others who lobby for the legal right to refuse to pay for war.

According to the National Campaign for a Peace Tax Fund: “Any form of coerced participation in military activity violates the inalienable right of people to live according to their religious conscience and ethical beliefs. Therefore, we promote legislation that is structured to acknowledge and accommodate this basic individual right.”