During World War I, some members of the Quakers, Brethren, and Mennonites and a few political activists resisted War Bonds and Liberty Loans.

“Being a pacifist between wars is as easy as
being a vegetarian between meals.”

Ammon Hennacy (pictured in 1923 passport photo) was imprisoned for two years for refusing to register for the World War I draft, a stand that he repeated at the onset of the second World War. In prison he became a Christian anarchist and pacifist. Hennacy never paid any taxes in his life because of their use in paying for the military and war, and he reduced his tax liability by living in voluntary poverty. He spent years waging peace and teaching that the absence of war is not peace in a country that puts half its tax collections into guns, bombs and the practice of killing.

The Indian campaign for independence from Britain involved a number of instances of mass tax resistance, including this 24-day, 241-mile march to the coastline to make salt illegally. Thus, M.K. Gandhi began a boycott of the salt laws by millions throughout India. 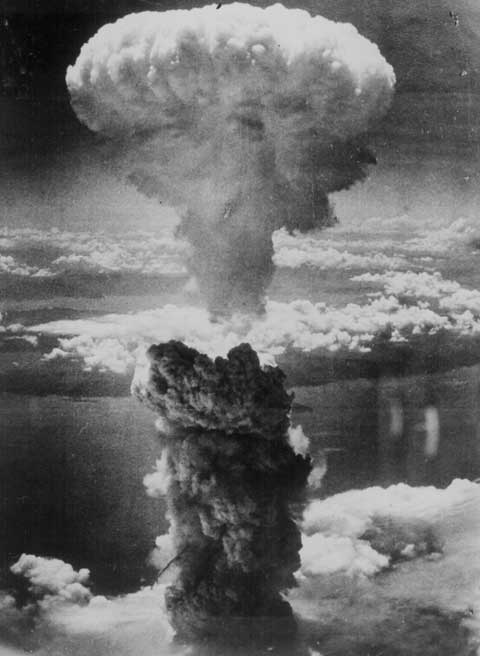 With the imposition of federal income tax withholding in 1943 and the 1945 bombings of Hiroshima and Nagasaki, World War II stirred the troubled waters from which the modern war tax movement emerged.

Until World War II, individual income tax was a minor part of the federal government receipts. Income tax returns had a 10% “Defense Tax” added as a result of a Revenue Act of 1940. In 1941, a number of organizations, including Women’s International League for Peace and Freedom and American Friends Service Committee (AFSC), protested.

The 1942 Irving Berlin song sung by Gene Autrey “I Paid My Income Tax Today” promoted payment of taxes for war: “See those bombers in the sky? / Rockefeller helped to build ’em, so did I / I paid my income tax today … A thousand planes to bomb Berlin / They’ll all be paid for and I chipped in.”

In 1942, Ernest Bromley, Bath, N.C., refused payment of $2.09 and $5 for defense tax stamps required for all U.S.cars. He was arrested and jailed for 60 days. So many cars were driven without the stamps that the law was declared unenforceable and was dropped in 1944.

Then in 1943, payroll withholding was instituted, compelling employers to withhold federal income taxes from workers’ paychecks and pay them to the government, suddenly conscripting the taxes of a huge number of Americans — from 8 to 60 million over a period of six years — into the war effort.

Raymond E. Hansen, Beeville Community, North Island, N.Z., was jailed in 1946 and 1947 for refusal to pay taxes used directly for militarization. In 1949, despite his refusal to pay a £100 fine and £12 in court costs, he was not jailed again.

The first article on war tax resistance — “The Case for Tax Refusal” by Ernest Bromley — appeared in Fellowship magazine, published by the Fellowship of Reconciliation.

Two approaches to war tax resistance emerged at this time: one was to earn so little money that no taxes were owed, and the other was to refuse to pay all or part of their taxes on the grounds that a large portion supported the war effort. 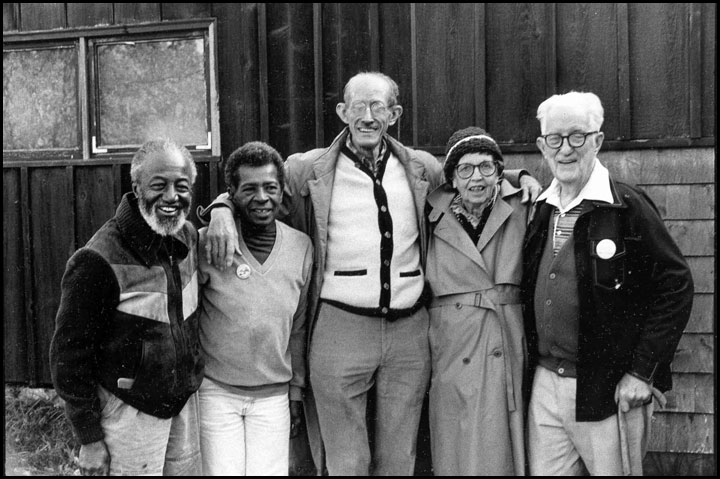 James Otsuka, Richmond, Ind., a World War II draft resister, was the first of only two people in modern times jailed for refusal to pay war taxes ($4.50) as well as contempt of court for refusal to turn over records to the IRS. He was sentenced to 3 months and $100 fine but spent 4 and a half months in jail, finally released on Jan. 16, 1950.

Franklin Zahn (pictured here in 1959) became the first telephone war tax resister by refusing the 15% federal tax during the Korean War. When the refused tax reached $1.59, Bell Telephone disconnected his telephone service. Zahn continued refusal until the end of war in 1953, then resumed his refusal during the Vietnam War.

In 1951, Walter Gormly, Mt. Vernon, Iowa, was the first person to have a car seized and auctioned by the IRS for nonpayment of war taxes.

In 1957, Raymond and Jean Olds, Yellow Springs, Ohio, were the first people in modern times to have their house seized by the IRS for nonpayment of war taxes ($160). They also had a truck seized the same year.

Another Peacemaker, Cincinnati Presbyterian minister Maurice McCrackin, spent six months in jail for refusing to turn over his financial records to the IRS and noncooperating with court proceedings. He was released in May 1959. His response pioneered the art of complete non-cooperation.

Juanita Nelson was the first U.S. woman jailed for war tax resistance. She was released the same day as the arrest. The IRS never collected any money. The story of her arrest, “A Matter of Freedom,” was published in Liberation magazine.