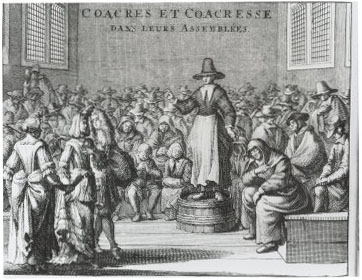 The Quaker Assembly refused a request of 4,000 pounds for an expedition into Canada, replying it was contrary to their religious principles to hire men to kill one another.

John Woolman and other Quakers tried unsuccessfully to persuade the Society of Friends to refuse payment of 60,000 pounds in tax levied by the Pennsylvania Colony for war purposes. This may be the first group effort among Quakers against the collection of “mixed taxes,” or military taxes that are collected into a multi-purpose fund. They were joined by some Dunkards (Brethren) and Mennonites.

A major tax rebellion to protest high taxes and corruption occurred in Norway and resulted in a reduction in tax assessments by one half. 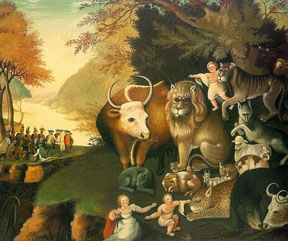 Most Quakers were opposed to military taxes during the American Revolution. The official position of the Society of Friends supported this position. Many Quakers were jailed, and some had property seized and auctioned. Up to 500 Quakers were disowned for paying war taxes or joining the army. Some Quakers pledged tax resistance after the war in opposition to war preparation and the war debt.

During the French Revolution, the National Assembly encouraged refusal to pay all past taxes to the king. 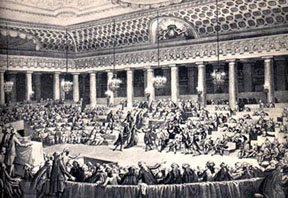 Quakers refused to pay military taxes during the Irish Rebellion. 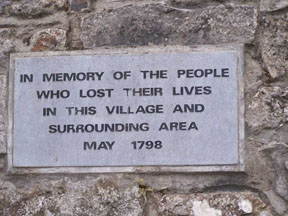 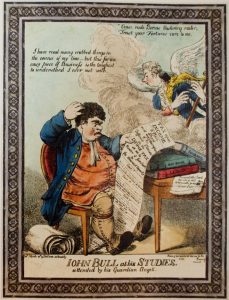 In what is considered the inception of the modern income tax, British Prime Minister William Pitt the Younger established the first — and most unpopular — income tax in Britain in December 1798 to pay for his war with France.

The cartoon shows British Prime Minister William Pitt the Younger (represented by a harp-playing angel) trying to trick the English public (represented by John Bull, the personification of England) to pay for the war through an income tax.