“It’s been a hard week for Afghanistan veterans,” began an article on the front page of the local newspaper.  While there has been a dizzying amount of every person turned pundit about the war; many of them are on the defense industry dole and would like to see the war continue into the third decade. It seemed like an afterthought to mention those who keep the war machine well oiled; barreling across whatever terrain it wants to travel. It also centered the nationalism required to keep the U.S. empire going.

The cessation of the U.S. occupation of Afghanistan has brought to light the obvious futility of war as Ruth Benn wrote last week.  We are all responsible for the harm done as U.S. taxpayers. The tension that has been brewing for 20 years has shifted from “boots on the ground” to drones in the air, U.S. military evacuations to economic sanctions in a matter of days.

While there are many reasons I have not signed up for a job that has as a requirement of training to kill or maim others, I would be deceiving myself if I did not  acknowledge the role that we all have had in the harm done by the United States the world over. Perhaps we can learn to relate to the moral injury caused by our war on terrorism as it expands and scorches our collective home, Earth. 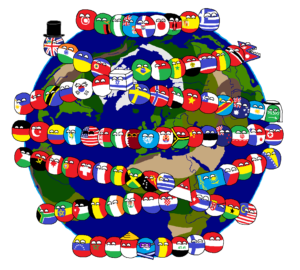 While there are many reasons to engage in War Tax Resistance, for me it  weaves both the personal and collective together to bind what is disconnected. While I can acknowledge that I still am complicit in the harms committed in my name; while it may seem like a drop in  the bucket, I refuse to freely put into the pot that which goes against life. It is also an act of empowerment to remember that the majority of people share in this desire to invest our resources into that which supports life. NWTRCC will again be sharing an INTRODUCTION TO WAR TAX RESISTANCE (WTR 101) ONLINE on Tuesday September 21st at 8:30 Eastern and 5:30 Pacific  as part of Campaign Nonviolence’s National Week of Action.

It has been some years since Pope Francis was speaking at a World War I memorial stating that World War III had begun “spread out in small pockets everywhere… fought piecemeal, with crimes, massacres and destruction.” He continued: “these plotters of terrorism, these schemers of conflicts just like arms dealers, have engraved in their hearts, ‘What does it matter to me?’” 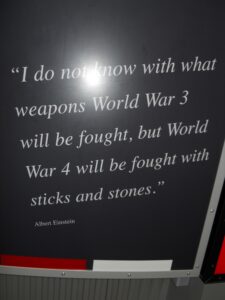 The climate emergency and the new generation of nuclear weapons puts Albert Einstein’s quote  “I know not with what weapons World War III will be fought, but World War IV will be fought with sticks and stones,” in perspective. When I approached the CEO of Boeing’s weapons production that has been producing the “smart bombs” which had been raining down upon the people of Afghanistan, Iraq, Yemen and told him of a tale of the devastation that one of the bombs caused a whole community, he replied, “I sleep well at night.”

It seems important to remind one another that as we observe those who pass through the revolving door of politicians, lobbyists, military officials that though they may be a loud, they are still the minority. If the main language they speak is money then we need to stop paying them. As we collectively take stock of the role of the U.S. military, we need to point out the reality that the majority of people are sick of war. We can choose to stop paying for it and  encourage others to do the same.

Mark Twain brought to light the questioning of war in the Mysterious Stranger over a century ago:

There has never been a just [war], never an honorable one—on the part of the instigator of the war. I can see a million years ahead, and this rule will never change in so many as half a dozen instances. The loud little handful–as usual–will shout for the war. The pulpit will–warily and cautiously–object–at first; the great, big, dull bulk of the nation will rub its sleepy eyes and try to make out why there should be a war, and will say, earnestly and indignantly, “It is unjust and dishonorable, and there is no necessity for it.” Then the handful will shout louder. A few fair men on the other side will argue and reason against the war with speech and pen, and at first will have a hearing and be applauded; but it will not last long; those others will outshout them, and presently the anti-war audiences will thin out and lose popularity. Before long you will see this curious thing: the speakers stoned from the platform, and free speech strangled by hordes of furious men who in their secret hearts are still at one with those stoned speakers–as earlier–but do not dare say so. And now the whole nation–pulpit and all–will take up the war-cry, and shout itself hoarse, and mob any honest man who ventures to open his mouth; and presently such mouths will cease to open. Next the statesmen will invent cheap lies, putting the blame upon the nation that is attacked, and every man will be glad of those conscience-soothing falsities, and will diligently study them, and refuse to examine any refutations of them; and thus he will by and by convince himself the war is just, and will thank God for the better sleep he enjoys after this process of grotesque self-deception.

2 thoughts on “Moral Injury – It’s Not Just For Soldiers”