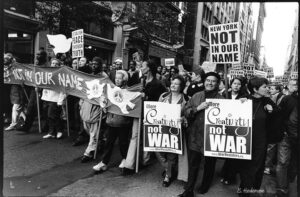 That was Secretary of War Donald Rumsfeld in September of 2002, almost a year after the invasion of Afghanistan and at the time the Bush Administration was building support for their second war on terrorism in Iraq. After Rumsfeld’s death this past June, Phyllis Bennis wrote an obit titled, “War Criminal Found Dead at 88: The human and economic costs of Donald Rumsfeld’s wars are staggering.” I think her piece just about sums up the disaster of these wars — from the lies to the civilian casualties to the use of torture to the monetary costs U.S. taxpayers will face for decades to come.

One angle she didn’t touch on is covered by Jon Schwartz in the Intercept answering the question, “Was the Afghanistan war a failure?”, with the answer, “Not for the top five defense contractors and their shareholders: $10,000 Invested in Defense Stocks When Afghanistan War Began Now Worth Almost $100,000.”

Immediately after 9/11 there were plenty of wise voices calling for the U.S. to refrain from war on Afghanistan. Many reading this were out in the streets at anti-war protests and vigils pretty quickly after 9/11. Our first vigil in Brooklyn was on October 11, 2001. Emotions were running high in New York City. We tried with our flyer (still quite good I think) to ease the anger that was directed at us and consider responses other than a military attack. 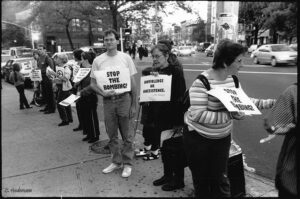 NWTRCC coordinator Mary Loehr reported more calls to the NWTRCC office after September 11, “higher even than our busiest season.” She reported that a mention of war tax resistance by folk singer Utah Philips on his radio show in December 2001 led to a surge in calls. (I don’t think I found that exact show, but #93, Peace Rant: As we again plunge into the idiocy of war is worth listening to.)

Today, watching the evacuation in Afghanistan is reminiscent of the fall of Saigon for those of us who lived through the American war in Vietnam. We thought the lesson of the futility of war at that time was obvious, and here we are many U.S. interventions and ongoing wars later….

And suddenly at this point the phrase “won’t get fooled again” came to mind, and I had to watch a performance of that by The Who, which did boost my mood considerably. Turn it up loud. Maybe we can make that into a new “peace rant.” 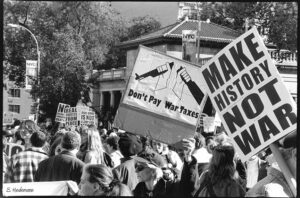 While on the one hand we just want to scream “I told you so”, it also feels like an opportune time to redouble our outreach efforts to a wider community who can see how trillions are wasted on wars while other desperate needs go unmet. We need to continue our efforts to connect with climate change activists who seem reticent to talk about the military’s role as the #1 user of fossil fuels (not to mention the environmental destruction of war itself).

Now is a time when I ask myself why tweets about some celebrity’s latest fashion go viral but we count our “likes” in the double digits at best. I wish I had the answer! The best I could do was remember how NWTRCC or local war tax resistance groups used to put out sign-on statements to encourage more public resistance. The last one that we promoted had been started by Kathy Kelly and Daniel Sicken and is here.

There was one written after the invasion of Afghanistan also. I didn’t find if there were many signers or if it gained any traction, but it was a rather good statement, and it was sad to see the prescient introduction suggesting it would be circulated “if and when there is another offensive, which may be, for example, Somalia, Sudan, or Yemen. The statement will be the following, with the references to Afghanistan taken out, and the new country put in.” You can read the statement here.

This would be a great time to be in a room together, reflecting on the tragedy of the war in Afghanistan, all the amazing actions that have taken place since then, and tossing around ideas and slogans and strategies for new efforts today. Short of that, I hope that you will add your thoughts and ideas below as we continue the struggle for an end to militarism, for More Creativity, Not War. 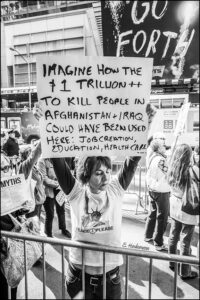 One thought on “The Obvious Futility of War. What Can We Do?”