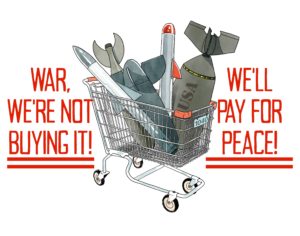 A new alternative fund that will be available to any U.S. Mennonite at their local church is being proposed at the biannual convention of the Mennonite Church USA in Kansas City on July 4. War tax resistance alternative funds began in the late 1960s as a way for resisters to pool the thousands of federal tax dollars resisted because of the Vietnam War. 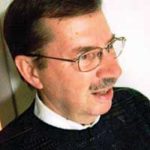 A proposal on ‘Creating a Church Peace Tax Fund,’ (essentially an alternative fund for U.S. Mennonites) submitted by H.A. Penner and John Stoner to equip and enable the church to resist war taxes will be addressed during a July 4 seminar at MENNOCON19, Mennonite Conference (MennoCon), this year’s Mennonite Church USA convention.

The Mennonite Church USA had approved a War Tax Alternative Fund in 1983 for employees of the Mennonite Church who wanted to redirect their federal withholding. Though dormant, this fund and policy still exist. Details about adapting this 1983 fund to also accept deposits from any U.S. Mennonite who would like to participate will be discussed at MENNOCON19. 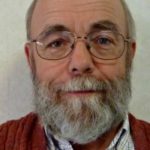 According to the H. A. & John’s current proposal, the Church Peace Tax Fund would be funded by designated contributions received from individuals and local participating congregations. Some of the discretionary annual contributions to the fund could be used by the Mennonite Church USA to conduct peace education and action as well as to administer the Fund on a national level. The fund could also be used for the following:

The funds would be invested in socially responsible interest bearing instruments and used from time-to-time as requested to aid the material needs of war tax redirectors and families including those who have had wages garnished or assets seized by the Internal Revenue Service. Should the war tax redirector be jailed for refusing to underwrite the U.S. military, this fund would be available to provide financial resources to support family obligations while the redirector is incarcerated.

In the meantime, if any seasoned war tax resisters will be in the Kansas City area on July 4th, H. A. Penner and John Stoner are hoping to have someone staff a table in the seminar room during the session (July 4 – 4:00pm – 5:00pm) and also address questions about war tax redirection that emerge during the session.

It is NWTRCC’s plan to cover the results of this conference in its newsletter & blog.