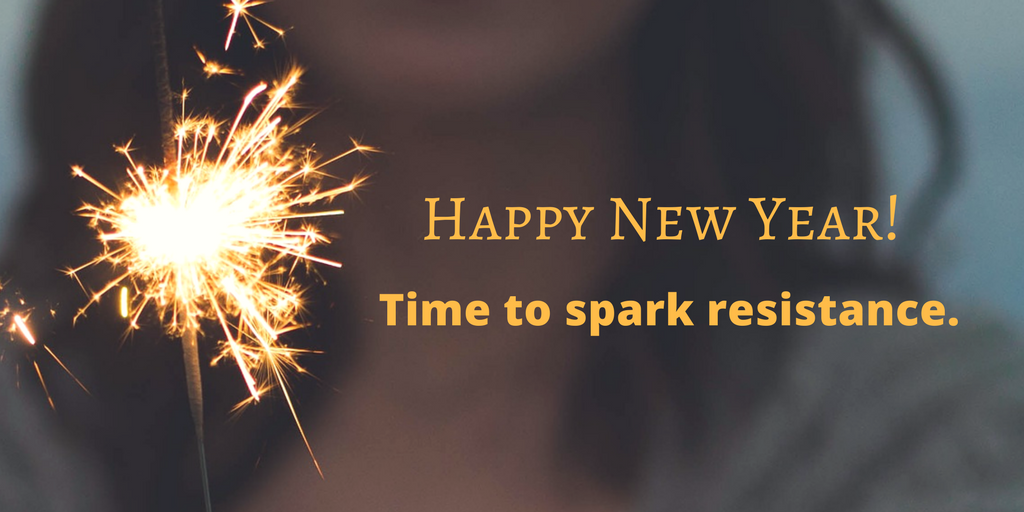 In 2017, many people discussed and organized around tax resistance to the Trump administration or to its policies (such as nuclear antagonism, the recent tax bill, and attempts to overturn the Affordable Care Act). War tax resisters were the subject of a lot of media attention too! However, we didn’t get a lot of visible growth in the number of resisters. But it takes time for folks to become comfortable with the idea. 2018 is a new year!

One of the biggest reasons to be a tax resister is the reason the National War Tax Resistance Coordinating Committee has been around since 1982. Namely, the toxic militarism that persists no matter who is president. The waste of lives, dollars, and resources continues largely unchanged, with a different face and a different tone to the words.

Of course, there have been many specific and serious foreign policy issues raised by the current administration too.

So this is a call to you: are you ready to bring your life in line with your beliefs in the new year? Do you still pay taxes while you are:

You can take any number of small, easy steps today to start refusing taxes for militarism, including:

I’m looking forward to seeing who joins this movement in 2018, and what new energy and perspectives you bring to this work.

2 thoughts on “Happy New Year! Want to Be a War Tax Resister?”