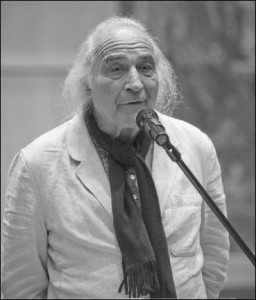 Our October 16 Twitter post shared some information about J. Tony Serra, a criminal defense lawyer who is also a war tax resister. Serra has successfully defended several unpopular people in his career, including Huey Newton of the Black Panther Party, and Chol Soo Lee, involved in a San Francisco Chinatown murder.

This latter case was the basis for the 1989 film True Believer, in which James Woods played a lawyer based on Serra.

“[I found] I like federal prison camp. I’m aberrant in that respect. It’s like locking a doctor who likes to practice medicine, who still has his license, so to speak, locking that person in a hospital. I could do writs, I could do appeals, I could do things I’d never done before, marriage, divorces, and bankruptcy and contracts and all kinds of civil matters…it was exciting.”

Serra reminds us that the potential consequences of war tax resistance can be exciting, energizing, and empowering, whatever tactics we choose to employ.