It was in the context of the Catholic Worker that I began to learn of the many motivations of those who refuse to pay for war. Lana Jacobs who I lived with in the community in Columbia, Missouri explained to me and others quite simply that we paid our personal property taxes as one measure to pool our resources to provide services of value as part of our ethical belief.  On the other side was the communal belief that we had an obligation to refuse to pay federal income taxes, half of which has gone to war annually for decades.

Sharing resources within the community made it possible for me invest time in energy into projects that provided for people’s basic needs and resisting militarism opposed to earning a large income. It was living and sharing lives with men who had been maimed by war that solidfied the decision to not pay for war. Those early experiences in community helped form my conscience in regards to taxes. It was many years into WTR before hearing people (mostly in NWTRCC) bring up local and state taxes and concerns of the policies that they fund.

I found myself at city hall once again during the last week of the year to pay my personal property taxes. In the state of Missouri, property taxes are due by the end of the year and so many wait till that last minute to get their taxes in (sound familiar?) In recent years I have committed to avoiding the headache of fighting the lines at city hall and have been mailing them in early. 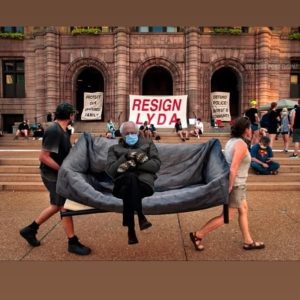 While I don’t necessarily believe the statement ‘you can’t fight city hall;’ it is not normally where I go to battle there seem to be at least annual protests there calling for change. A few years ago I shared a blog about a protest a few winters ago when the polar vortex was coming and the lack of resources was threatening people’s lives. Some time later there was a prolonged occupation of city hall to get the mayor to resign primarily because of her treatment of the unhoused population in St. Louis. Unfortunately with the new mayor there has been increasing needs for housing, less services available despite increased resources with the pandemic relief money.

In the days before the tax deadline, I realized I had not received my personal property tax bill. I was hoping against hope that I would not have to go in person but when I called city hall and heard the recording “Due to the current  pandemic our operations have been affected and we are doing everything we can to assist you and appreciate your patience” I knew there were be no answers in the bureaucratic black hole of the phone maze; when I searched online it said that my account was closed.

So off I was to city hall on the penultimate day to pay my taxes. The line seemed short until we rounded a corner to a strange game of musical chairs that eventually ended at office cubicles that resulted in a tax bill only to go to two other lines before paying the bill. I kept thinking of one of my favorite lines from the film, Harold and Maude, “It’s the curse of a government job.’ 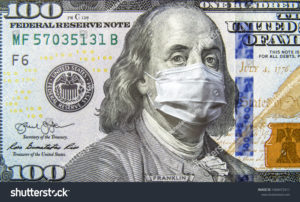 Fortunately I was surrounded by good company and we were laughing  making light and parting with well wishes, On my way out I asked a worker what had happened; it seems like city hall failed to send out the property bill and closed the accounts of many residents. Again I was thinking about all the misallocation of our collective resources and the need for transparency in how our taxes are being spent. (I found one or two sources of how my local taxes are being spent a little upsetting.)

I was thinking a lot about Ruth Benn writing about her many encounters in recent times with the IRS especially in Problems Were Encountered. I imagine there will continue to tensions with the tax collectors as they try to demand payment and we demand accountability for how are collective resources are spent.

As 2022 has come to a close I am thinking about people who have passed this past year who influenced my war tax refusal and pacifism including Robert Randall, Carl Kabat and Lana Jacobs. As we enter into 2023, I am thinking about how to build community and facilitate discussion around these issues. I am wondering your thoughts on the matter.

Update: The last blog post was calling for a Christmas truce for the war with Ukraine and Russia.  Russia  announced a 36 hour truce over the Orthodox Christmas Holiday.