Uncertainty. Unknowns. Confusion. These aren’t my favorite feelings or states of being. After talking and interacting for nearly four decades with other humans, I feel confident saying a lot of people share my dislike for those feelings. In my experience practicing war tax resistance by filing taxes and refusing to pay or being a non-filer are both activities which can be accurately described as uncertain, full of unknowns, and confusing. So given many people’s dislike for those feelings, this poses a real problem for WTR as a movement. How do you convince people to not only resist paying for war, but also accept uncertainty and confusion? 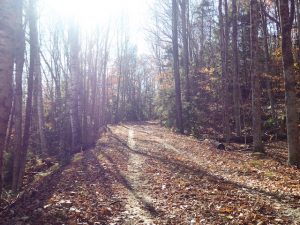 This problem isn’t totally unique to war tax resistance, other movements have it, too. I think what makes the situation different with WTR is the length of time a person lives with the state of uncertainty if they’ve chosen to willfully not pay all or a portion of their taxes. Refusing to pay, especially if done year after year, means living in a constant state of of uncertainty. That isn’t appealing to most people. Life is already so full of unknowns that it isn’t surprising people— even those who are activists in other ways don’t want to add more uncertainty to their lives.

There are those who are able to embrace confusion and maybe see accepting the unknowns that come with refusing to pay as part of a life practice of being at peace with their inability to control the world. There are probably others that fight through their dislike of the unknown because they put the cause ahead of their own comfort. Either way, resisting the payment of taxes the government thinks a person owes requires a lot of a person over a lengthy period of time. Even if a person acquiesces after a few months, that’s not nothing; those months might’ve felt very difficult.

This is all part of why I’ve gravitated towards consciously reducing my tax burden through simple living. For me, it’s easier. Living simply aligns with so many of my other values that it’s an obvious choice. My guess would be that a lot of other people who hate war and violence would be attracted to simple living as a way to refuse to pay for war, but that refusing to pay calculated taxes would be a bridge too far for them.

I wonder if this is where NWTRCC should be putting more of its energy: attracting people who are sympathetic to simple living as a way to live their lives in agreement with their values. Maybe this could be the avenue for getting people to resist paying for war, but without having to accept so much uncertainty. Not that living with less money is all a bed of roses (and certainly some people through no choice of their own struggle to survive, let alone thrive, on too little and that’s a national shame), but I’ve found that when it’s in service to many of my deeply held values—not just WTR, but sustainability, leaving enough resources for others, etc.—that living simply is easier to take on, almost a natural progression. 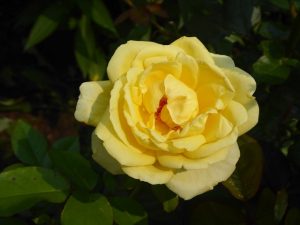 I know this path of war tax resistance may not feel aggressive enough to some people. Indeed it felt quite bold to refuse to pay the IRS what it said I owed whereas reducing my income has felt quieter. But I think there’s something to be said for having more people identify as activists for peace in whatever way they’re able, including earning less money to reduce their tax burden. I think what we as war tax resisters want (or at least this is what I’ve heard from folks during the several years I’ve been involved with NWTRCC) is less violence and more people who say “no” to war and militarization.

If that’s the case then I’d suggest we think seriously about emphasizing simple living as a way to advocate for peace and resist war while we look for ways to network with groups that also promote simple living for other reasons (the health of the Earth, having more time for family, etc.). It would be wonderful to hear and see war tax resistance consistently mentioned in conversations about simple living that are happening outside the WTR sphere. I’d love to hear what others think!

3 thoughts on “Finding Peace in A Constant State of Uncertainty?”