I have been a war tax resister for many years. I withhold half of my income tax from the federal government and donate that amount to support the victims of war: refugees and veterans. I include a personal “statement of conscience” that explains my beliefs along with each tax payment. The federal government uses tax revenue to destroy human beings, which I consider an act of murder.

Here is my “statement of conscience.” Please take a moment to read it. 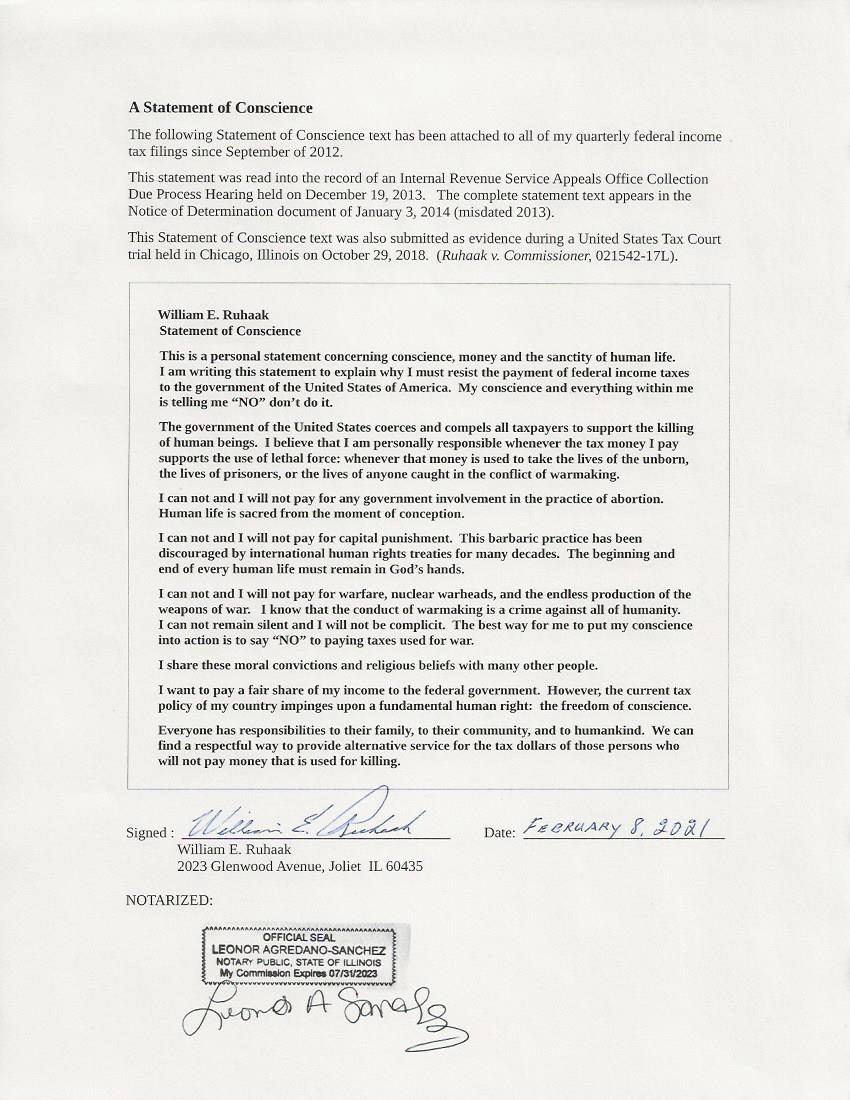 I have used IRS appeals procedures to communicate my reasons for withholding money from the government. And I have appealed several of the resulting IRS determinations into the federal courts. According to statute, “…[IRS] appeal procedures do not extend to cases because of moral, religious, political, constitutional, conscientious or similar grounds” (See: 26 CFR Section 601.106 (b)).  I understand that a statement of conscience is considered “frivolous” for government taxing purposes. However, my actual statement has never been included in an IRS appeals determination document. And I am also aware that such personal statements of belief are not usually quoted in their entirety in various war tax resister court case rulings. 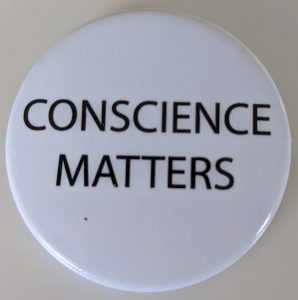 I pursued a simple objective in recent years: to ensure that my complete statement of conscience is included in an IRS appeals determination or in a federal court ruling. If my beliefs are automatically categorized as “frivolous” by the government, then my full written statement should be provided “on the record” and therefore available for anyone to see.

I was able to appeal an IRS determination into the U.S. Tax Court because of some technical ambiguities. Eventually there was a hearing, and a trial, in Chicago, Illinois. My day in court was a marvelous experience. A number of friends were with me for support wearing pins stating: “CONSCIENCE MATTERS.” Lincoln Rice, the NWTRCC coordinator, came by train from Wisconsin. It is such a blessing to know that I am not alone.

During the trial, the judge seemed to acknowledge that excluding my “statement of conscience” from the case record was an unnecessary violation of my first amendment right to freedom of expression. He allowed my complete written statement to be submitted as evidence. Here is a link to that three-page document. I would like to thank the court for treating me with respect, and I appreciate the work that was done by Judge Joseph H. Gale. Here is a link to his Tax Court Decision. 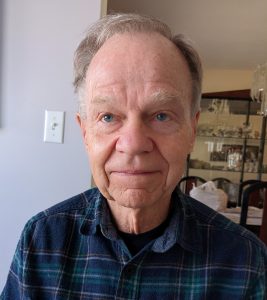 What is at stake here? The fundamental human right to publicly express an opinion or belief. And also the right to have a written expression of that belief included in government documentation for future reference.

If you are aware of other examples of similar statements that were included in IRS appeals determinations, or that were officially incorporated into court records, then I would like to know about them.

And if you have a personal “statement of conscience” concerning the payment of taxes that are used for war, and would like to make that statement public, then please contact me through NWTRCC.  I am part of a group project that will bring many such written statements to the attention of international human rights review organizations.

One thought on “Conscience Matters: Submitting a Statement of Conscience in U.S. Tax Court”