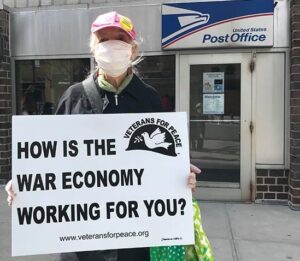 Constitution Article I Section 8 begins by granting Congress the power to tax to “provide for the common defense and general welfare of the United States.” In a 2018 article, US Post Office Will Be Busy On Tax Day, But Won’t Use Taxpayer Dollars,  outlined the current relationship between taxes and USPS. “The Postal Service hasn’t received federal subsidies from taxpayers for more than 30 years (with limited exceptions related to voting). Congress still has authority over the U.S. Postal Service. The Postal Service receives no tax dollars for operating expenses and relies on the sale of postage, products, and services to fund its operations. But while Congress doesn’t fund the post office, they do continue to control the purse strings.”

In 2006, Congress passed the Postal Accountability and Enhancement Act, which mandated the USPS establish a $72 billion fund to prepay the post-retirement  health care costs, 75 years in the future. No other federal agency or private corporation faces this burden. Through the Postal Act of 2006, Congress required the USPS to pay $5.6 billion per year for the next 10 years. Between the years of 2004 and 2006 the USPS made $6 Billion in profits. Postal  volume declined significantly beginning in 2001 and plummeted during the 2008 recession. 1st class mail, the most profitable aspect of the USPS, is determined by Congress with their funding powers.

While the USPS is not budgeted by taxpayers money, they do receive reimbursements for mailings to individuals who are blind as well as for overseas voters, many of which are related to the military.  Voting by mail has increased in recent years, accounting for 25% of the votes cast in the 2016 and 2018 elections.  An estimated 76% of the US population will be eligible to vote by mail in the 2020 election.  There is little concern of the USPS being able to handle the increased volume and high priority of mail among its 600,000 employees. Yet there is concern  of the White House and the new Postmaster General Louis deJoy interfering. Trump is invested in retaining his position and DeJoy is interested in profiting if plans to privatize the USPS succeed.

One of the issues that seems to get overlooked in much of the debate and seems to be at the center is that the USPS was never set up to be a profit making entity. Rather it was set up as a service to keep people throughout the U.S. connected. No one seems to ask the question of when the Pentagon is going to make a profit? It seems that many have focused their attention on a fabricated postage stamp-sized issue, blind to the massive hole in Congress’ purse gushing endlessly into the Pentagon and the path of destruction in its wake.

Since the election of 2016, Pentagon spending has increased by $100 Billion dollars totaling $3 trillion dollars.  According to an article, The Pentagon’s Fiscal Year 2021 Budget More Than Meets U.S. National Security Needs, “The Trump administration has weakened national security by cutting taxes instead of raising them to pay for the massive—and unnecessary—increase in defense spending… as  result the federal deficit has grown by $3 trillion.” The time has come to restructure and Defund the Pentagon.

One thought on “Restructure the Pentagon, Not the Post Office”