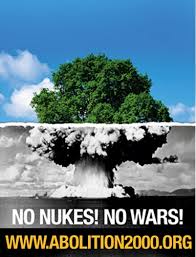 On July 30th, 2019 I had the great pleasure of participating in a live webinar featuring several think tanks and organizations around the world addressing the continued efforts to abolish nuclear weapons worldwide. The participants hailed from notable groups like Abolition 2000, the World Future Council, and the Institute for Economics and Peace. The presentations revolved around the audacity for peace and how peace is possible through combined international efforts to abolish nuclear weapons.

The Institute for Economics and Peace proclaims two types of peace: positive and negative. Negative peace defined as the “absence of violence or fear of violence.” According to the Positive Peace Index Report 2019 written by the Institute for Economics and Peace, higher levels of negative peace are correlated to higher levels of violence in the future. “Measures of negative peace are used to construct the GPI [Global Peace Index]” of a country. “GPI indicators are broken into three domains: ongoing conflict, societal safety and security, and militarization” (p.70). In respect to these indicators, societal safety and security are defined as interpersonal aspects of violence. Ongoing conflict and militarization are seen as the duration of current violent conflicts and the country’s military dearth (p.70). It should be noted that the presence of negative peace (absence of fear and violence) does not automatically lead to a harmonious society. Negative and positive peace are correlated and the presence of both determine the levels of harmony and prosperity in a country; however, positive peace determines a “society’s tendencies towards stability and harmony” (p.73). 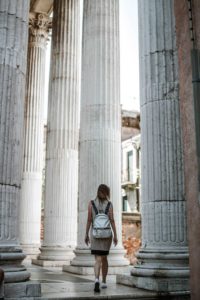 Photo by Djordje Petrovic from Pexels.

Positive peace is based on the pillars of well-functioning government, acceptance of the rights of others, low levels of corruption, and equal distribution of resources, to a list a few. An example of positive peace would be NWTRCC’s efforts to resist military funding and the redirection those funds to causes that work to build a just society. According to the Positive Peace Index Report 2019, peace in the US deteriorated, placing the US 128th out of 163 ranked countries on the peace index. The reasons behind the decline are correlated with an increase in military expenditure, armed services, and a decrease in UN peace keeping funding. The report further indicated a deterioration with safety and security mostly due to high rates of incarceration, ongoing international military engagement, high amounts of nuclear and heavy weapons, and weapons exports.

The relevancy of this with war tax resistance can be found on the statement of purpose on the NWTRCC website:

“We oppose militarism and war and refuse to complicity participate in the tax system which supports such violence. NWTRCC sees poverty, racism, sexism, homophobia, economic exploitation, environmental destruction and militarization of law enforcement as integrally linked with the militarism which we abhor. Through the redirection of our tax dollars NWTRCC members contribute directly to the struggle for peace and justice for all. NWTRCC promotes war tax resistance within the context of a broad range of nonviolent strategies for social change, and is firmly embedded in the peace movement.”

Unfortunately, the Peace Index Report 2019 does not specifically measure racism, sexism, homophobia, and environmental destruction. But the very notion of positive peace demands resistance actions for the moral and political state of our country. What better way to address these systemic issues than to cut off the very “blood” (our taxes) that keeps it going? Concerning the organizations present for the webinar, Abolition 2000 helped create a ‘working’ group to address peace, climate, the elimination of nuclear weapons, and achieving the sustainable development goals. 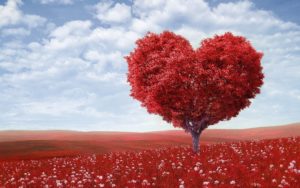 Photo by Pixabay from of Pexels.

For our fellow NWTRCC members and affiliates, the above may be known information. Perhaps information like this is what drives you to continue your resistance. As a current non-resistor, I write in deepest gratitude for the continued struggles, troubles, setbacks, and disappointments you endure for the sake of justice. It cannot be said enough that resistance is everything. Resistance is love, mercy, and hope. It is the sometimes a seen and unseen belief that justice is possible. To close with a quote from Dr. Martin Luther King Jr, “the arc of the moral universe is long, but it bends towards justice.” As the US government continues to be damned with corruption and greed seeking ways, we (as resistors) persevere in this slow, arduous trajectory toward justice. It is in doing so that we preserve the dignity and integrity of human life everywhere.