Poster’s Note: Norm Lowry receives the NWTRCC newsletter at the State Correctional Institution Dallas in Pennsylvania where he is held. He shares the newsletter with other prisoners, so in correspondence I asked if he would report on reactions to our work from other readers at SCI Dallas. I will send comments to Norm to share with his peers and perhaps we can continue a discussion.

— Herman Bell, 43+ years in prison, most of it in solitary confinement, for being black 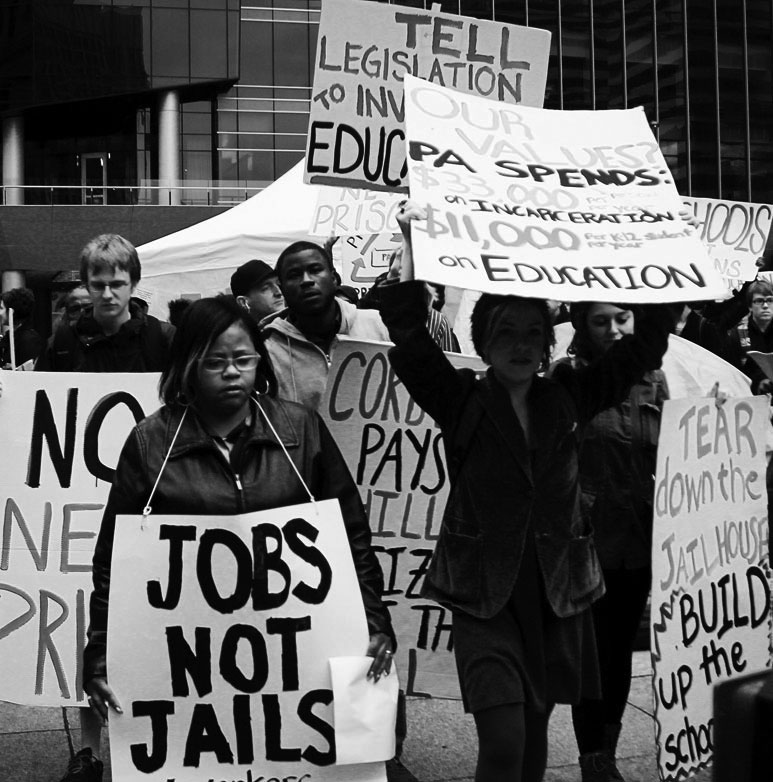 For nearly eight years now, I’ve been purposefully investing my time in prison, with yet another group of America’s disposable persons. I came to prison for molesting military property and for trespassing. There are fifteen months remaining on my Pennsylvania state sentence. I am not sorry for one moment of it all.

Among my imprisoned peers, there main groupings of concerns and questionings arise, regarding war tax resistance:

First, as demographically, 80%+ of all U.S. crime is white collar yet 80%+ of all U.S. prison beds are filled with blue collar offenders, this grouping of peers asks — “Since the so-called illicit ‘war on drugs’ and ‘war on crime’ are perpetually used as excuses to harvest disproportionate numbers of minority and low-level offenders, does your tax group genuinely care for us?” “Are our rights as important as those of the people of the myriad lands against whom our society perpetually wars?” “Do you support economic and ethnic justice for us, too? “Will you forgive us as freely as you seem to forgive our society’s oppressive leaders?”

Second as demographically the overwhelming majority of effective criminal legal work is done by imprisoned and permanently imprisoned inmates, this grouping of peers asks — “Do you care about our legal rights as much as your care about your own legal rights and personal comforts?” “Are you at all concerned that our society’s so-called criminal justice system addresses its convictions rates by extorting folks into accepting plea bargains (30%+ of which have no basis in reality). In 9 out of 10 cases, under direct threat of more excessive punishment?” “Do you care or even think about the sheer disproportionate numbers of minorities imprisoned or elderly folks who’ve served 30-40-50+ years in prison already?” “Do you largely consider folks trapped in prison as deserving it, or as victims of yet another unjust and unfair war?

Third, is a grouping of peers imprisoned for taking stands against societal ills — from violence, to racism, to bigotry, to impoverishment. This grouping of peers asks – “How can we best show our support for each other and become informed on the issues as each other sees them?” “How can we work together to pay closer attention to and address the effects of our societies domination systems?” “What can we better do to educate others (and each other) on how we see diplomacy, violence vs. nonviolence, negotiation and peace?” “Where can we find the strength and fortitude to learn to become servants to each other, rather than destroyers of life itself?”

Norman Lowry received a sentence of seven years for returning to block the entrance to an army recruitment center after two other jail terms of seven months and eighteen months. Mennonite peace activists in Pennsylvania visit and support him, as do many others. The condition for parole set by the judge was that Norman promises not to disrupt the recruitment center again.