NWTRCC network member David Gross has been working to release the enormous volume, The Book of Ammon, a collection of writings by the Christian anarchist Ammon Hennacy, as a free e-book. This book, currently out of print, is a fascinating look at a man famous for his draft resistance, his war tax resistance, and his involvement with the Catholic Worker movement. I’m one of the test readers of the book, looking for typos (Hennacy wasn’t much for proofreading!). A few items caught my interest, and I’d like to share some additional research.

1. Ammon Hennacy repeatedly states that he turned to farm work, after leaving his job as a social worker in 1942, because it was the only kind of work where taxes would not be withheld from his pay. For the 1942 tax year, all incomes were taxed at a rate of at least 19% and up to 88%, plus a 5% Victory (war) tax, and Social Security had been instituted. The Victory tax was to be automatically withheld from paychecks, while the remainder of the income tax would not be automatically withheld until the Current Tax Payment Act of 1943 was passed.

Today, withholding tax does apply to farmworkers under certain conditions. However, due to the development of the W-4 form, a taxpayer may choose to reduce or eliminate withholdings (see our literature on W-4 withholding for details and potential risks). 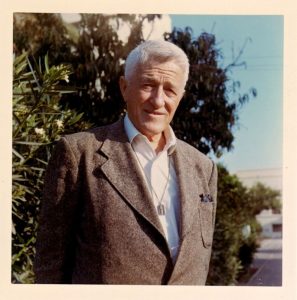 2. Hennacy spends much of Chapter 7 discussing his travel to and participation in the 1950 Peacemakers, Catholic Worker, and Fellowship of Reconciliation fast for peace. This chapter mentions so many war tax resisters that it was hard to keep up. (I tried to bookmark each mention in my e-reader, but even so, when I went back, I noticed how many names I had missed.) He mentions more familiar WTRs like Karl Meyer, Juanita Nelson, Wally Nelson, A.J. Muste, Bayard Rustin, and Dave Dellinger alongside many names I have not heard, including Grace Rhoades, Edger Bell, Margaret Dungan (the founder of WILPF, so someone I ought to have known!), Emily Longstreth, Walter Longstreth, and Dorothy DaPonte (the subject of  a quite interesting-looking book).

Author Leilah Danielson, in her article on A.J. Muste and the Peacemakers, wrote about the 1950 protest Hennacy attended:

Peacemaker protest was not only individual in character, though that was its prevailing tendency. One collective action jointly sponsored by the Peacemakers, the Catholic Worker, and the New York branch of FOR was a “fast for peace” held the week before Easter Sunday in 1950 in Washington, D.C. The idea of a fast grew out of a sense of urgency that beset the pacifist community when President Truman announced plans to develop a hydrogen bomb. A letter from Bayard Rustin to Muste captures their alarm. Pacifists had to be “prepared to make terrible sacrifices now, to look mad now, to give up all now if necessary,” he wrote. “We must find some way to let people know that now we are prepared to go to jail or even to give up all—to get shot down if necessary—but to cry out. . . . In this way we say to the American public and to the world: When do you begin to draw the line?”
Thus, when he and Muste, together with Wally Nelson, Francis Hall, and [Dave] Dellinger, organized the fast, their goal was to communicate “their willingness to give life itself if necessary in the cause of peace.” In addition to having a “prophetic impact,” they viewed the fast as an opportunity to express their “penitence” for the atomic bombing of Japan as well as achieve “self-purification” to fortify them in their struggle for peace.
Fifty-four pacifists ultimately gathered at the nation’s capital for the fast, with similar actions taking place in fifty-one other cities in the United States and in England, Japan, Canada, Puerto Rico, and Hawaii, where they distributed leaflets calling on men and women everywhere to “draw your own personal line against war now.”

Then, as now, war tax resisters seemed to be few and far between, shouting into the wilderness. And yet they had formed a network through Peacemakers and other activism which reminds me a little of the disparate network we have today, tied together through NWTRCC. (See a list of the signers of the 1949 Peacemakers pledge, which includes many participants in the 1950 fast for peace.)
I could easily write several more blog posts on this book, but I’ll end here for now with a question. Although Hennacy passed away in 1970, he was connected with many people who are still active war tax resisters today. Did you ever meet Ammon Hennacy, or know someone who did? Share your stories in the comments.
Post by Erica