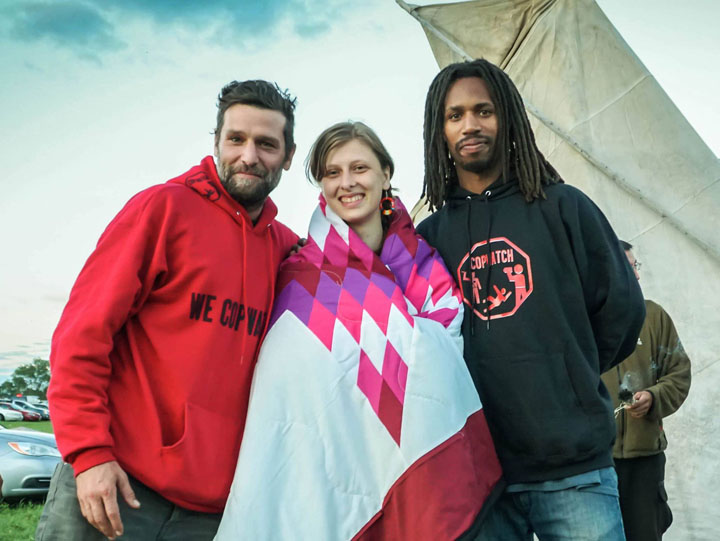 Our WeCopWatch friends Jacob Crawford
(left) and David Whitt (right) were featured
in a New York Times photo-essay “Hand-
Held Journalism in Harrowing Times” by
Cara Buckley. The essay presented four
new documentaries about on-the-ground
journalists in Syria, Cambodia, with the
Islamic State, and those who monitor
police in the U.S. The new documentary,
Copwatch, takes you to on-the-street
trainings with David, Jacob, and others.
Jacob says to NWTRCC: “Let your
community know if they ever want on the
ground support, we will gladly come out
to where you are, train, and teach folks in
the streets how to copwatch.” See their
website at wecopwatch.org, or email
the group at wecopwatch@gmail.com.”
The photo here is from their recent
Dakotas Multi-Reservation Tour, with
Sophia Wilansky, who had her arm ripped
in half by an explosive thrown at her by
police on November 20 at Standing Rock
Photo courtesy of WeCopWatch.