Recently there was a conversation about death and taxes on the radio. The conversation was in light of the recently released Pandora Papers, which exposed the hidden finances of the world’s wealthiest and most powerful people. In October, the International Consortium of Investigative Reporters (ICIJ) released over 12 million troves of documents revealing how heads of states and other global elites have concealed their wealth. Over 600 international journalists contributed to the report that traced over $1 trillion in assets to South Dakota financial institutions. In a recent interview, an author who is familiar with the documents that comprise the Pandora Papers revealed that $1 trillion was only a fraction of what was believed to be tens of trillions of dollars hidden in offshore accounts globally. 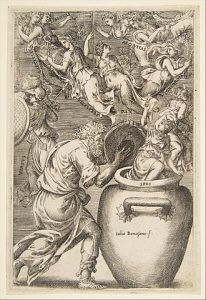 One significant finding in the report was that many of the wealthiest in the U.S. often do not have offshore accounts because they already have enough legal ways to enable them to avoid paying taxes. So while many foreign heads of state faced pressure from their constituents, people in the U.S. did not seem fazed by the tax loopholes for the elite as evidenced in the widespread disclosures of former president Trump’s taxes. In one of the few years he paid taxes, 2016, Trump had a tax liability of $750, a fraction of what millions of people actually working in the U.S. pay per year. Another significant finding was that some of the largest beneficiaries of these modern regulations have been the narcotraffickers, arms dealers, oligarchs, and those now involved in cryptocurrency.

In the article, “The Pandora Papers Expose the Secret Financial Dealings of the Global Elite, author Greg Miller stated, “In the South Dakota case, it’s an instance where financial lobbyists, trust companies, and administrators found receptive members of Congress in South Dakota – receptive government officials – and over time kept proposing new laws that would make South Dakota more and more secretive, more and more attractive to foreign individuals who wanted to put money into trusts where their ownership of assets would not be revealed, would be hidden, where they could move money away from heavier tax jurisdictions overseas. And lo and behold, you end up with an offshore haven onshore in the United States in Sioux Falls.”

One of the beneficiaries of this system that went “off shore” himself and with his company was Eric Prince and Blackwater. The Intercept provides a recap of his recent endeavors: “Prince, the founder of Blackwater, is the brother of Trump Education Secretary Betsy DeVos and was one of the former president’s most ardent supporters. The scion of a wealthy and politically connected family, Prince has courted controversy since the war in Iraq, when Blackwater won major contracts to support the U.S. occupation. Blackwater was banned from Iraq in 2007 following the Nisour Square massacre, in which its contractors killed 17 Iraqis and wounded 20 more. Prince later sold Blackwater and moved to the UAE, where he built a secret mercenary force for the de facto ruler of the federation of seven Arab Gulf states, Mohammed bin Zayed, known as MBZ.”

It was recently revealed that the U.S., Israel, the United Arab Emirates (U.A.E.), and Bahrain were conducting “war games” for the first time at the Red Sea. It was the first time that these countries came together. It was the first time that the latter countries acknowledged the state of Israel and allowed Israel to purchase weapon systems from the U.S. with little scrutiny. It was suggested that the alliance between the nations was created in the likes of the NATO with its justification as “threats” from Iran. 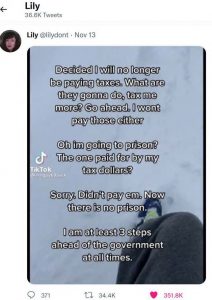 The wealthy elite profit the most from conflicts while those with little pay the most in terms of their resources and their lives. The Pandora Papers name the elites who have avoided paying taxes by establishing untraceable trusts in South Dakota. What was clearly confirmed from the papers was that there is a two-tiered system that stretches world wide. One group profits while the other group pays. Fortunately, others are discovering that they do not have to pay for the destruction of the world as dictated by the U.S. military. The other day, a statement was spreading on the internet that read, “Decided that I will no longer be paying taxes. What are they gonna do, tax me more? Go ahead, I won’t pay those either. Oh, I’m going to prison? The one paid for with my tax dollars? Sorry, Didn’t pay em. Now, there is no prison. I am at least 3 steps ahead of the government at all times.” I hope that message gets out of the box and goes viral.