Addressing the Harms in Our Neighborhoods

Long time war tax resister Robert Randall  introduced me to his hometown of Brunswick, Georgia by saying it was mostly known as a port town for automobile transportation; quickly followed by saying “not much happens there.”  On April 4, 2018, 7 people entered the King’s Bay naval submarine base, home to one of the largest stockpiles of nuclear weapons in the U.S., as part of a Plowshares nuclear disarmament action down the shore from Robert’s home. In September 2019, the Golden Ray cargo ship full of 4,200 cars keeled over outside of Brunswick after it was loaded improperly and was lacking in water in the ballast to balance the ship. 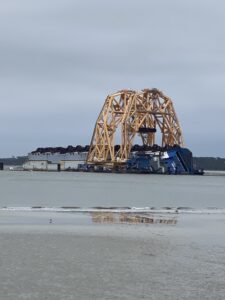 It would have been difficult to appreciate the tragedy of the capsized ship without seeing the tar balls and oil come ashore while visiting the beach during the King’s Bay trial a month later; the warnings to not go in the water. It also would have been difficult to appreciate the beauty existing on the wide, tree-lined streets where Ahmaud Arbery was tragically gunned down while running in his neighborhood in February of 2020 if not having traveled to Brunswick. It may have been easier to only see tragedy.

Last week a report came out with details of what  transpired on the Golden Ray with the captain of the ship stating “The only thing that worked on that ship after the capsizing were alarms.”  Then there were alarms that went off when some of the sections of the ship that still contain cars and oil began spreading into the sea. Those responsible for the removal of the ship said that there was no reason for concern. This was after part of the ship had been engulfed with flames at sea when it was suspected that a torch had come into contact with some of the oil while cutting the ship into sections for removal almost two years after it fell to its side. Month earlier there was another warning The ship, with its belly full of oil and other pollutants, is now about to weather a third hurricane season that lasts until November.

Robert recently shared a petition “Polluters Pay Tax” to address the 4 Super Fund sited in Glynn County where he resides. Just as we all have aspects of the military industrial complex in our backyards, we also inherit the messes they inevitably cause. Some of the impetus of the petition can be summed up:  “Your taxes, my taxes, are going to pay for Exxon’s excesses… We are essentially footing the bill for the cleanup of the messes that these trillion-dollar corporations helped create.” 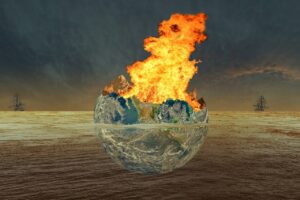 Yesterday, Jessica Reznicek reported to prison to begin her 8-year sentence. She had been facing 110 years for her attempts to protect water from the harm caused by oil extraction.  The title of an article sums up the hierocracy:  “Climate activist gets eight-year sentence while Capital rioters, Big Oil execs go free.”  She was able to self report even though the judge had deemed her a domestic terrorist. At her sentencing she spoke of her love of rivers around her and her concern not only of the health of the rivers but the dwindling water supply around her home in Des Moines.

The day of her sentencing there was a fire in the Gulf of Mexico after an underwater pipeline caught on fire even though the oil company said there was no spill or damage done. The New York Times reported “The footage is pretty alarming: It looks like the gates of hell are opening up… As long as we’re drilling for oil and natural gas, these kinds of accidents, unfortunately, are going to continue to occur.” 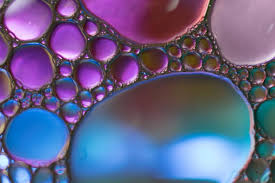 Image of Water and Oil from Stockvault

A widespread, global movement has been gaining momentum to take a proactive stance against creating new superfund sites especially related to pipeline construction. The No DAPL (Dakota Access Pipeline) movement that emerged largely at Standing Rock Reservation in 2016 also had other sites of opposition including the Mississippi Stand in Iowa near the Missouri border.

The encampment was started when Jessica Reznicek started a solo encampment when she learned of the plans to burrow a pipeline under the largest waterway in North America to transport a material extracted from the Earth and potentially contaminate the most necessary element for life on Earth.

The Mississippi Stand caravan employed various tactics in their direct action campaign including climbing into the DAPL pipeline and shutting down construction for 17 hours as well as going to places where the pipeline was crossing waterways. They had hoped to bleed the corporations through monkeywrenching tactics that would stop the profit motive of the extractive industries.

Our Inheritances; Paying Our Dues

Jessica and Ruby Montoya openly took responsibility for actions that began on election night 2016 and continued into the summer of 2017 on the DAPL pipeline throughout Iowa despite not facing charges. They were inspired by the Plowshares movement who have been taking actions to prevent nuclear holocaust and only faced charges after holding a press conference at the Iowa Utilities Board taking responsibility for their destruction of property. For that they face years in prison followed by probation and a debt of $3.2 million in fines to Energy Transfer Limited Liability Company that operates many pipelines throughout the U.S. Rolling Stone and Grist collaborated on an extensive article about the actions that you can find here. 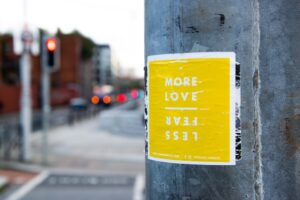 Prior to reporting to prison, Reznicek shared her feelings about going to prison and noted “I was indicted on malicious use of fire while the whole world is burning.”  She stated that her greatest fear was the potential of losing loved elders and mentors. She was wearing a shirt that said Love > Fear. At Claire Grady’s trial for the Kings Bay Plowshares action, her message was Love More, Fear Less. We joked of making t-shirts with that message. Claire was released from prison on the 76th anniversary of the bombing of Hiroshima.

At the beginning of the week, between the time of Claire’s release and Jessica’s entrance to prison, the Intergovernmental Panel on Climate Change issued a comprehensive study. Secretary General Antonio Guterres of the United Nations stated it was a Code Red for Humanity and the window for change is closing fast. Others found in the study that it gave Humanity a Clear Directive to Act Boldly and Urgently.

Fortunately we do not have to travel to find places to act; we can catch inspiration from war tax refusers like Jessica and Claire who have been taking bold actions for years. We can support these actions by sharing their stories, signing a petition that challenges terrorist charges meant to intimidate and gathering with others to share in devising more bold actions. We can allow our love for all around us to overcome our fear.