In the tradtion of Yom Kippur and the emphasis on reflection we wanted to share a previous post concerning WTR from a Jewish perspective.

I gave this talk Friday night, October 18th, in the context of a joyous shabbat service shared between the Moishe Kavod House and my congregation Havurat Shalom. It’s the tradition of MKH to have what they call a “devar tikkun,” a talk about social justice, and I was invited to give the devar tikkun on this occasion, which fact will explain some of the traits of the talk, in particular its attempt to set war tax resistance in a Jewish context.

Anyway, here’s what I said, pretty much: 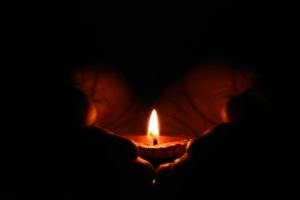 image by Dhivakaran S on pexels

The mode of tikkun olam work that I’ll talk about, the mode of political activism I’ve chiefly devoted myself to, is war tax resistance. I’ll set out what it is, I’ll say something about my personal and political motives for undertaking it, I’ll suggest some connections between war tax resistance and Jewish traditions, and I’ll be done in 8-9 minutes.

Two prefatory notes. First: war tax resistance as I do it is civil disobedience, is illegal, and anyone contemplating doing it should know that and be willing, or for that matter eager, to accept the consequences of breaking the laws in question. Second: my wife, Cynthia Schwan, and I do our war tax resistance jointly, so sometimes I’ll use plural pronouns; the perspective I’ll set out, though, is my own.

Here are the nuts and bolts. We have our taxes prepared by H. R. Block, and inevitably find that we owe the government some money, because of the income we make that hasn’t had taxes withheld from it. We get from the War Resisters League a calculation of how much of the federal discretionary budget is used for current military expenses (this year that’s 27%); we take 27% of the tax we owe and refuse to pay it, sending the refused money to a progressive escrow fund; we send the remaining 73% to the IRS, with an explanation of what we’ve done and why. Then we wait. Usually, though not always, the IRS – [i.e., the automated collection service, the last time I met with an IRS agent face to face was in 1974] – sends us a series of increasingly threatening computer-generated letters, then seizes the refused sum of money from our bank or my workplace [(sometimes, by error or malice, from both simultaneously)], collecting not only the refused sum but also interest and penalties. (Doing war tax resistance the way we do it is a lousy way of keeping money out of the hands of the government.) Then we tell our friends and our communities what’s happened, see what discussions that leads to, and on or around the following April 15th the sequence of events begins again.

I had two motives when we began refusing, in 1987. The first was a moral feeling, a matter of conscience: as a pacifist, I was uneasy and worse at the thought of freely paying taxes for war. Refusing taxes felt messy, self-absorbed, tedious, moderately risky (not very; I have a tenured job that’s not jeopardized by my being a wtr); paying them felt worse. The second was a utopian political belief, namely, that if enough people openly refused to pay war taxes, the government’s ability to wage wars would be diminished. A friend of mine, a writer and editor named Askold Melnyczuk, used to refer to me as “the most dangerous man in Massachusetts.” That’s nonsense, but what he meant was in accord with that utopian belief of mine.

I’m skeptical now about the belief; I think war tax resistance as I practice it might not have a future at all, let alone a future of political power, though I hope it will. I’m not at all skeptical about the feeling; I test it every year, and every year the result is the same, the feeling that it’s better – for me – to refuse than to pay remains strong and indeed is strengthened. Randy Kehler, a noted draft and war tax resister, likes to refer to war tax resistance as a spiritual practice; I think maybe that’s what I’m doing.

As for war tax resistance and Jewish traditions – well, first I should note that war tax resistance is really three positions or actions linked together. The first is pacifism. The second is a disinclination to regard the moral views of one’s fellow citizens as outweighing one’s own. The third is harder to describe: it’s both a need for moral consistency and an ethos of direct action. The war tax resister says, “if I’m in conscience opposed to war, then I cannot in conscience pay for it, and the most direct way of acting on that belief is to refuse payment” – as opposed, say, to writing one’s congressperson and asking that person to sponsor legislation to create a war-tax-exempt legal status for pacifists. Writing letters is a fine thing to do, but it’s asking someone else to deal with the problem.

Judaism has some pacifist traditions – there’s a book about them by Evelyn Wilcock, there are occasional Talmudic and biblical passages, e.g., the one saying that, as the Talmud puts it, one’s enemy’s blood may be as red as one’s own. Some pacifists, myself among them, derive support and inspiration from the great principle that we are all created in God’s image. But I’d be lying or dopey if I were to say that Jewish tradition is preponderantly pacifist; it just isn’t. I can live with that. The principle is important enough to me that I’d live by it even if Jewish tradition were unanimously against it; I’m glad that it’s not.

Jewish tradition is much more supportive of holding to one’s own judgment even against the judgments of one’s fellows, and of acting directly in accord with it. I’ll cite a deliberately surprising example, that of Pinchas, who in Numbers 25 is said to slaughter an Israeli man and a Midianite woman lest they commit “harlotry,” worship the Baal of Pe’or, and bring a plague upon the Israelites He’s a murderous zealot. But I’m a non-murderous zealot, and I have in common with him that I can’t bring myself to submit my deepest judgments to the judgments of others, and also, and more crucially, that having arrived at a judgment, I can’t without difficulty bring myself not to act on it.

I don’t want that surprising affinity to be where I end; instead I’ll quote that great Jewish poet and sage Allen Ginsberg on war tax resistance, and then stop, with a sincerely meant invitation to anyone interested to discuss this further with me by whatever means suit you best.

No Money, No War
Government Anarchy prolongs illegal
planet-war over decades in Viet-nam. Federal
Anarchy plunges U. S. cities into violent Chaos.
Conscientious objection to War tax payment
subsidizing Mass Murder abroad and
consequent ecological disaster at home will
save lives & labor and is the gentlest
way of Political revolution in America.
If money talks, several hundred
thousand citizens refusing payments
to our War Government will short-
circuit the Nerve system of our
electronic bureaucracy.

More by and about Lawrence Rosenwald

3 thoughts on “Jewish Motivations on WTR at Yom Kippur”