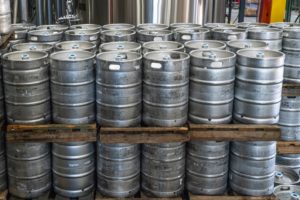 Photo by ELEVATE from Pexels.

Tax Day in the United States is Monday April 15 in most states (April 17 in Maine & Massachusetts). So I thought a post on terrible taxes in history would be appropriate. Back in December, HistoryExtra.com published an article about ten terrible taxes. (HistoryExtra is the official website for BBC History Magazine and BBC World Histories Magazine.) One downside of the article from an American perspective is that all of the taxes listed were English-enforced, but it’s still interesting and has some parallels with American taxes today.

Here are a few of the unpopular taxes from their list: (1) The poll tax became more common in England at the end of the fourteenth century. It charged a flat tax per person, no matter one’s income. Within a few years, it led to the Peasants’ Revolt, which was brutally crushed in short order. A strange part of this law was that girls were exempted if they were virgins. (2) During the eighteenth century, Britain was in a state of almost constant warfare with France and needed funds. The government became reliant on excise taxes on domestically produced goods such as beer, spirits, and glass. (3) The window tax from 1696 to 1851. Yes, there were taxes on windows. The rich decided to keep their windows, but many others bricked them up to avoid the tax. Many of these bricked up (or blind) windows can still be seen on English houses today. (4) In 1799, England instituted a temporary income tax to fund another war. The tax ended in 1802 when peace was reached, but was instituted again 1803 when war began yet again. The tax was so unpopular that when peace was reached in 1816, administrative records were burned to try and prevent its return. (5) The hut tax. When not enough taxes could be raised in England for English war and imperialism, they began imposing higher taxes on their colonies. The hut tax was instituted in places like Sierra Leone in 1898. The tax needed to be paid in money, with the hope that the Sierra Leoneans would move from traditional ways of living into the capitalist economy. The Hut Tax War broke out that same year.

This post is beginning to sound anti-tax. That was not my purpose. Though it should be pointed out that almost every tax listed above was instituted by the English Parliament to pay for English wars, imperialism, and colonialism. The taxes were disproportionately imposed on the poor and working class because the members of Parliament wanted to keep taxes low for themselves and their wealthy friends.

Regarding terrible taxes, I think it is appropriate to note a recent article on PBS about a war tax in Honduras. This tax is not imposed by the government, but is a form of extortion imposed by local gangs. Extortion by gangs is so common in poor areas of the city of San Pedro Sula that it is referred to as a “war tax.” Many homes in poor parts of the city remain abandoned because the previous occupant could not afford the extortion fees and feared the repercussions. It is the inability of many to pay this war tax that has led many Hondurans to flee to America’s southern border. 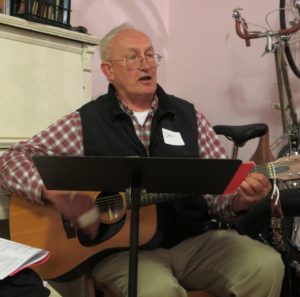 On a lighter note, I remember when I first met Don Timmerman of the Milwaukee Catholic Worker in 1998. At that point, he still smoked. Though there are a number of practical reasons to quick smoking, it was the excise tax on cigarettes being used for war that finally made Don quit shortly after I met him. This decision was aided by incessant reminders to Don by someone else at the Catholic Worker that he was paying for war with every puff.

One thought on “Terrible Taxes in History”