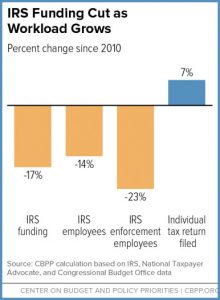 The poor, underfunded IRS has been ignoring me lately. I get the usual two or three letters a year asking for payment or threatening levies, but I’m not getting enough personal attention to write about my own case in a monthly blog. However, I do know some others who have the long arm of the government reaching into their pockets. On the one hand there’s less to fear from the IRS; on the other hand potential resisters still have to know about the risks.

A longtime resister who lives on a low income but has tax debt is suffering with a salary levy now. Although she works very part-time as a therapist, the levy is taking something from each check, and the agency won’t agree to her working fewer hours to get below the levy level. She’s hoping to set up an independent practice and get out from under the agency control, but can’t just quit and leave her current patients dangling. It’s a complicated situation without an easy answer because she is serious about refusing to pay for war. Every resister (and supporters!) should belong to the War Tax Resisters Penalty Fund, which may not offer immediate relief but can eventually help repay some of what was taken.

Collection of 15% from Social Security checks seems to be a frequent occurrence among older war tax resisters with tax debt*. It’s a fairly easy thing for the IRS to do, although even that can be inconsistent. A number of resisters with sizeable debt report that the levy comes and goes from their SS payments  – on a few months, off for a few, and then back on again. There seems to be no rhyme or reason – as reported by individuals who have a good handle on what they owe for particular years. They don’t see a correlation between the amount collected through one levy series and the debt for one tax season.

Last week I heard from a friend whose tax debt was turned over to a private debt collector. From what I hear and read, there is no need to get too stressed about contact from these companies. You can actually write to them and say that you prefer to deal with the IRS directly, but they don’t have too much power to collect. Apparently they are not too successful at it either. An audit report form the Treasury Inspector General for Tax Administration (TIGTA) published at the end of 2018 started off their summary with this information:

As of September 2018, the IRS has assigned more than 700,000 taxpayer accounts to private collectors. The PCAs collected approximately $88.8 million (2 percent) from the balance owed on these accounts. The PCAs also established more than 21,000 payment arrangements, but taxpayers later failed to make payments on more than half of them.

In their defense, the private collectors are given the oldest and hardest debt to collect, so many of us will probably have our cases turned over to them too. The audit did report good marks for being polite, which was the strongest positive resulting from Congress forcing the IRS to hire these agencies rather than funding the IRS directly.

Those considering war tax resistance often worry about being audited. I remember polling a group of WTRs some years back as to how many had been audited. While a good number in the group raised their hands, those audits had all been decades earlier – maybe in the 1970s or 1980s when WTRs messed around with their forms more, such as claiming war tax deductions and credits. After the IRS instituted the frivolous penalty, those tactics were discouraged in WTR counseling. 2017 audit reports show that for all taxpayers (individuals, businesses) there’s a 1 in 184 (0.542%) chance of being audited. The chances are only slightly higher for taxpayers filing individual returns: 1 in 161 (0.623%). Besides budget cuts at the IRS, another reason for this seems to be that the IRS is better at matching reported income to tax returns than they used to be. If 1099s or W-2s or other forms with reported income show numbers that don’t seem to correspond with a filed tax return (or no tax return) the IRS might follow up with a CP2000 notification asking about the discrepancy. This is the kind of situation that could have triggered an audit in the past.

As WTR counselors we want to break through the fear that keeps so many from becoming war tax resisters, and the underfunding of the IRS (along with the government shutdown that set them back even further) can be a tempting argument. When I counsel WTRs or give a presentation I often do say that budget cuts to the IRS have helped many of us avoid heavy consequences, but I always qualify that with some of the stories above or by emphasizing that it could change. I do want people to resist because they really care about where their money is going, but I want them to care enough to be ready for the consequences that are still possible even if more remote than in the past.

* I refer to the debt that the IRS says a person owes, as opposed to those who feel they really have no debt because they paid their taxes to groups that do good work — just not to the IRS.

2 thoughts on “WTRs in the Era of IRS Budget Cuts”