We had a delightful NWTRCC gathering in sunny Los Angeles this past weekend. I want to start with a HUGE thank you to the local organizing team, including Cathy Deppe, Alex Walker, and Anne Barron from Southern California War Tax Resistance and Alternative Fund (sorry if I missed other names). The gathering was co-sponsored by Veterans For Peace LA Chapter, LA Catholic Worker, and NWTRCC. It was held at the LA Workers Center in Koreatown. In addition, LA Food Not Bombs provided food throughout the weekend! Thank you to all our hosts and supporters.

Here are some of the highlights, in my humble opinion:

The weekend began with dinner and a panel discussion on divestment. Panelists Jim Haber, Anne Barron, Dr. Melina Abdullah, and Paula Kahn discussed divesting from Israeli occupation, war, and police, as well as working to end sexual violence. Paula called in from work she’s doing with migrants in Tijuana, and unfortunately, our connection did not last very long, but I plan to reconnect with her soon and get a recording of the full talk she wanted to give! You can watch the main part of the panel presentation on YouTube. 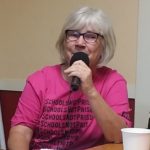 Anne Barron speaking at the May 2018 NWTRCC gathering. 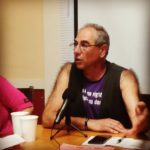 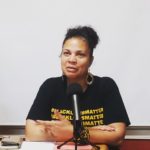 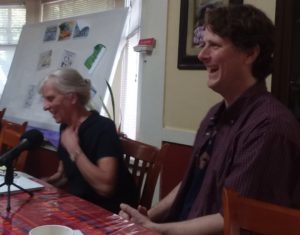 On Saturday, we had a chat with Ruth and Lincoln about our big coordinator transition! Ruth will be leaving the coordinator job by the end of this month, and Lincoln’s first official day was this weekend. They’ll be working closely together for a week or two to get all the information and materials moved over. The NWTRCC office will be located in Milwaukee, WI going forward! Stay tuned for more information and commentary on that.

I heard we had a great War Tax Resistance 101 workshop, with 8 people in attendance! It’s so great to see people plugging in.

After that, David Gross presented a workshop on Quaker War Tax Resistance – I don’t have many details about this, but I heard it was fascinating!

At the same time, we had a media workshop featuring Lauren von Bernuth and Orane Sharpe, co-founders of a media website called Citizen Truth, who are also war tax resisters! (Last year, they did a great “couch talk” about war tax resistance –  check it out on YouTube.) I also spoke briefly about the social media landscape and how that affects NWTRCC’s ability to do outreach online. A recording of this session will follow in the next week or two!

To close out the day, we had a workshop with representatives from the Poor Peoples’ Campaign in Los Angeles, as well as two Catholic Workers from our network, talking about work for racial, economic, and social justice. 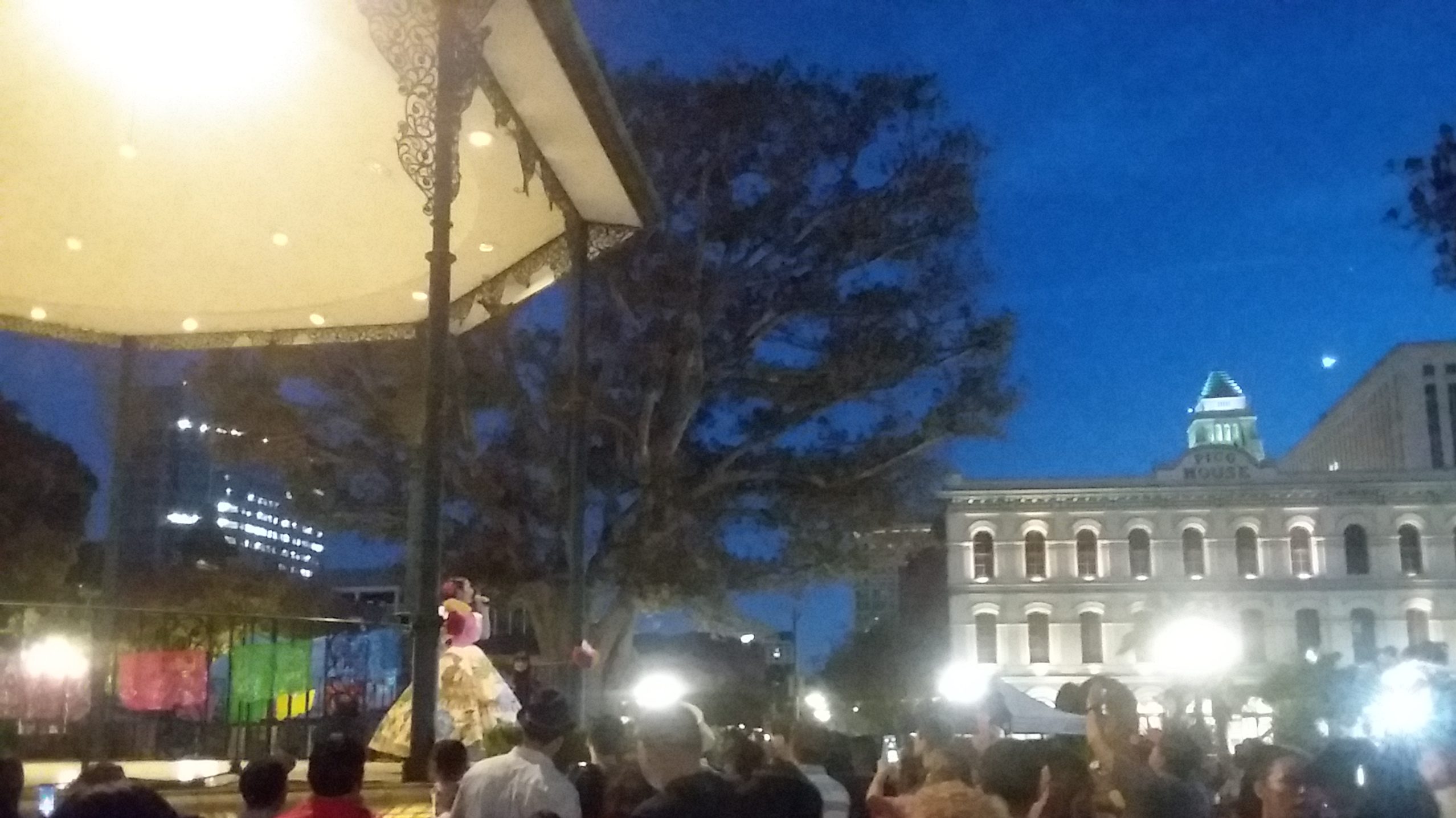 The crowd appreciating the music during Cinco de Mayo.

At the end of the weekend, I was left with a lot to think about. War tax resistance is increasingly something that people are taking on in isolation, without a local community to support them. But our gatherings are so valuable for building community. It was noted, I think during the meeting evaluations, just how much we might be able to accomplish if we all lived in the same town! And as usual, we wrestle with being relevant and visible to the younger generations. I see some great adjustments going on across our network in the ways we address social justice, and I hope that we will continue to do that work together! In particular, stay tuned for another blog post from me later on the term “intersectionality” and what it means for war tax resisters wanting to work with other groups and address issues of racism, sexism, homophobia, classism, oppression, and privilege.

Thank you to Ruth Benn for her fifteen years of service to NWTRCC, and welcome to Lincoln Rice, our new coordinator. Looking forward to being with everyone again in November.

2 thoughts on “Investing in People: Our LA Gathering”