I’m pleased to announce today that NWTRCC has published a variety of articles on starting an alternative fund. 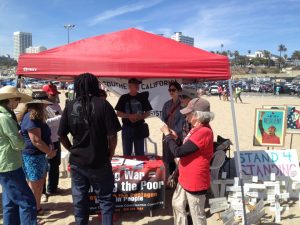 In 2016, the People’s Life Fund in Berkeley redirected $20,000 in interest and donated tax money to 16 community groups. Other alternative funds that make significant redirections of interest and/or resisted taxes each year include the People’s Life Fund in New York City, the Conscience and Military Tax Campaign, and New England War Tax Resistance. To read more about alternative funds and redirection in general, see our Redirection page.

Starting An Alternative Fund includes lots of food for thought about how to plan, structure, and administer an alternative fund. It includes stories about practical and legal issues that other funds have faced. It is not a prescriptive or legal guide. Each fund is different, and laws and institutional guidelines can change.