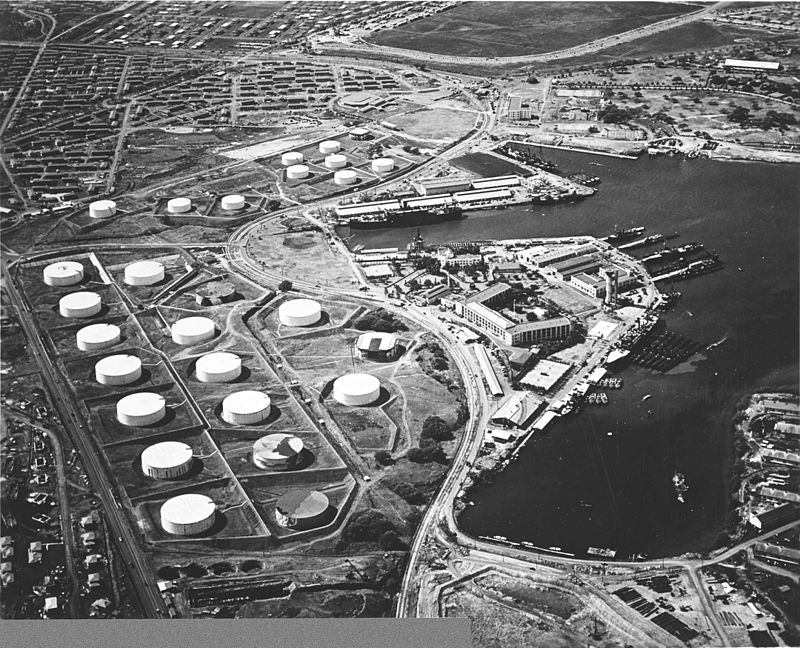 Aerial view of the Pearl Harbor submarine base (right center) with the fuel farm at left, looking south on 13 October 1941. Among the 16 fuel tanks in the lower group and ten tanks in the upper group are two that have been painted to resemble buildings (topmost tank in upper group, and rightmost tank in lower group). Other tanks appear to be painted to look like terrain features. Alongside the wharf in right center are USS Niagara (PG-52) with seven or eight PT boats alongside (nearest to camera) and USS Holland (AS-3) with seven submarines alongside. About six more submarines are at the piers at the head of the submarine base peninsula.”