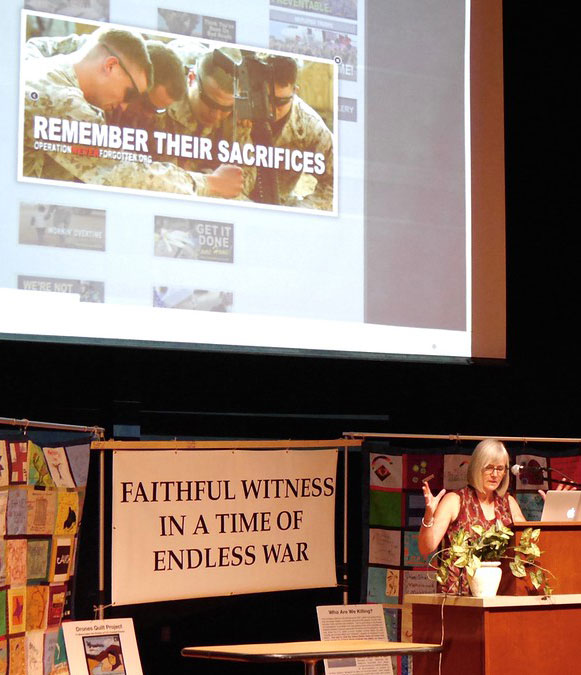 Rev. Kelly Denton-Borhaug reacts to peace activists singing “Ain’t gonna Study War no more” with the advice “we do need to study war” in order to break through to “U.S. citizens who have little consciousness of the war culture they are in.” She gave examples of the insinuation of sacrificial rhetoric around war and veterans that squelch the conversation about ending war, along with other examples from our culture like military ads at movies. Peace activists need to understand the war culture in order to create effective actions. Photo by John Lien, Coalition for Peace Action