Thanksgiving has got me thinking about how the militarization of the U.S. extends all the way back to the pre-colonial days of Pilgrims and other white settlers arriving on the shores of this continent. In addition to the land they claimed, they decided they had a claim to the lives of the American Indians who lived here too; whether as slaves, as cheap labor, as sources of exploitable wisdom and goods, or as people to be eradicated to make way for white Christians.

To protect this claim, settlers swindled the nations and tribes already living on the land. They used the knowledge of American Indians to survive and then murdered and enslaved them. As Dennis W. Zotigh, author of Do American Indians celebrate Thanksgiving?, describes:

Squanto was introduced to the Pilgrims in the spring of 1621, became friends with them, and taught them how to hunt and fish in order to survive in New England. He taught the Pilgrims how to plant corn by using fish as fertilizer and how to plant gourds around the corn so that the vines could climb the cornstalks. Due to his knowledge of English, the Pilgrims made Squanto an interpreter and emissary between the English and Wampanoag Confederacy….

On May 26, 1637, near the present-day Mystic River in Connecticut, while their warriors were away, an estimated 400 to 700 Pequot women, children, and old men were massacred and burned by combined forces of the Plymouth, Massachusetts Bay, and Saybrook (Connecticut) colonies and Narragansett and Mohegan allies. Colonial authorities found justification to kill most of the Pequot men and enslave the captured women and their children.

That very same year, the Algonquins became the earliest known war tax resisters on this continent, by refusing to pay a tax levied on them to renovate a Dutch fort. 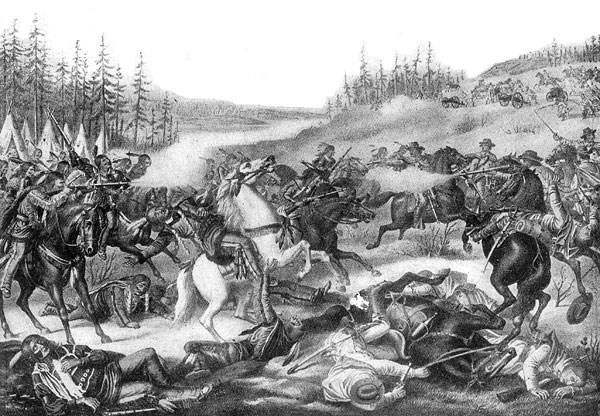 It is easy to focus on the enormity of the modern US military and its global tentacles. While the military is bigger than it’s ever been, it’s never been an agent of justice no matter its size, and especially not where indigenous peoples are concerned.

This year while I’m with my family on Thanksgiving, I’m pledging to think and talk about the native people who were killed in my region so that white settlers could claim what they felt was their birthright, and the native people who continue to live here remembering that legacy of violence and seeing its results all around them.

And this reinforces my decision not to pay taxes to fund the US military, which carried out this violence before, and continues to perpetrate violence in different ways here and around the world. I cannot personally end militarism, racism, or colonialism this way, but I can refuse to be part of it and redirect my attention and resources for justice.

P.S. For more on this, check out this week’s episode of The Empire Files with Abby Martin, Native American Genocide, featuring Roxanne Dunbar-Ortiz. (Abby Martin also had war tax resister Ed Hedemann on her previous show, Breaking the Set.)