Another enjoyable time at NWTRCC’s May conference in Milwaukee! Our hosts, Casa Maria Catholic Worker (with lead organizer Lincoln Rice), did a great job with the weekend. 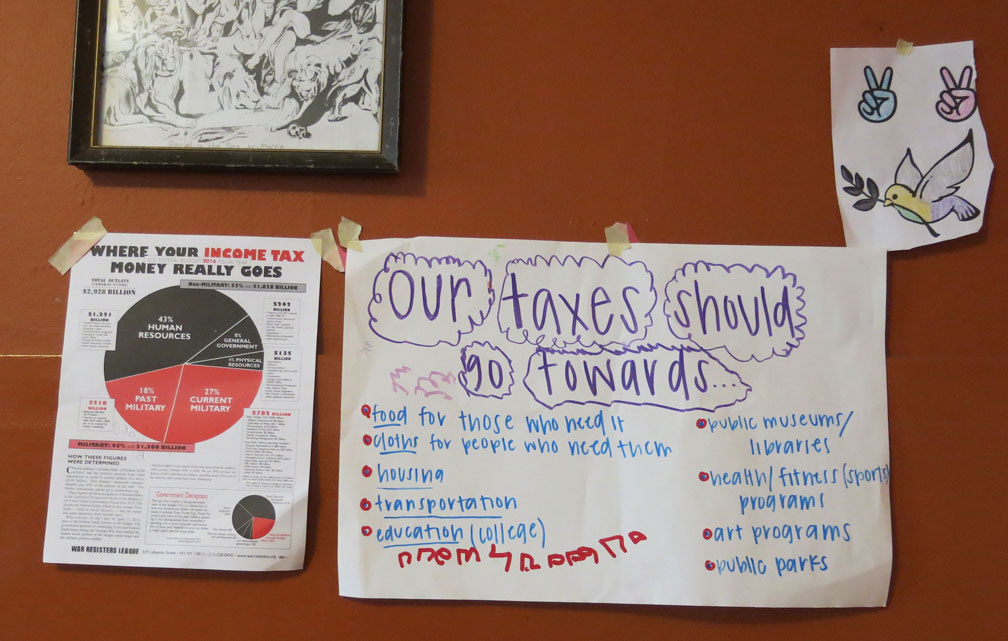 Families staying at Casa Maria had made posters and artwork about where tax money should be spent.

As the Administrative Committee wrapped up our preparation for the business meeting on Friday, other folks who arrived early got to see some papers from Christian anarchist and war tax resister Ammon Hennacy, and Catholic Worker co-founder Dorothy Day (edited to add, as Phil Runkel commented below, this was at the Marquette University Archives!). For dinner, we got to join the Marquette Center for Peacemaking fundraiser, where we learned that center director Patrick Kennelly, who was making the main presentation for the evening, was also going to be talking to us the next day about a trip he took to Afghanistan with the Afghan Peace Volunteers. I love when things come full circle like that! (Especially since NWTRCC friend, energetic activist and war tax resister Kathy Kelly, works with the Afghan Peace Volunteers!)

We followed up our dinner with a labor sing-along at Harmony House, one of the houses that are part of the Casa Maria community. I knew very few of the songs, but had a lot of fun! 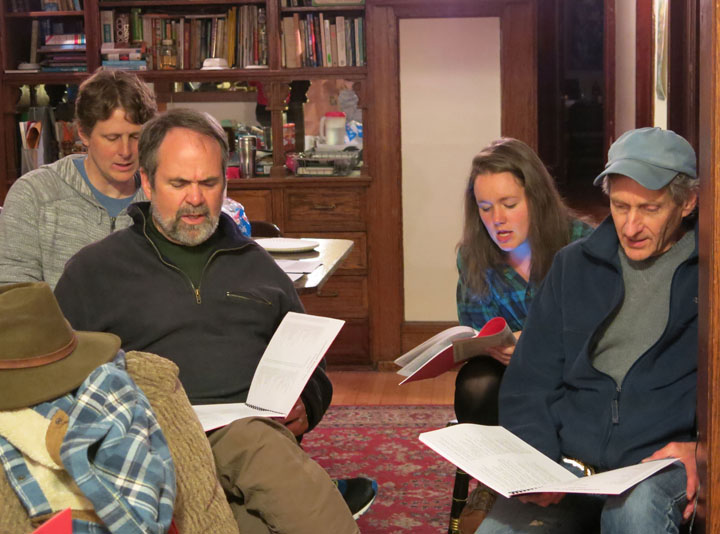 Lincoln, Bill, Colleen, and Rick follow along in the Madison May Day songbook.

Saturday morning, we gathered at Casa Maria for breakfast and sorting out the schedule for the day. We had War Tax Resistance 101 and 201 workshops in the morning. Several folks came to the 101 session and got their questions and concerns addressed. It was gratifying to have attendance there, since sometimes we don’t have new folks for the 101 session. I sat in on the 201 session and we had lots of time for discussion of issues, including inheritance, Social Security, and bank accounts. I think allotting 2 hours for the 101/201 sessions is a good practice for the future; we didn’t feel rushed for this key part of the weekend.

Our lunch team, including Casa Maria workers and Paula Rogge, made a delicious spread of deviled eggs, salad, bread, and lentil-chard soup (I’m not kidding when I say this was one of the best soups I have ever had – check out the link for a recipe for a similar soup). The weather was warm so many of us sat out on the Casa Maria porch for a leisurely meal.

After lunch, I presented a social media workshop, telling folks about what I organized for Tax Day online this year: the Thunderclap, the “Letters from War Tax Resisters” video, and Facebook/Twitter posts. We also watched the terrific interview with Matthew Hoh on Huffington Post – if you haven’t seen it yet, this is a must-watch.

For the second afternoon session, I recorded and sat in on the Afghan Peace Volunteers session, where Patrick Kennelly showed us a lot of interesting photos and told us about the politics of the region and the lives of the peace volunteers themselves. Most folks attended the other session, which was in part to discuss the idea of a coordinated Tax Day action in 2016. We’ve got some ideas rattling around so stay tuned for details. 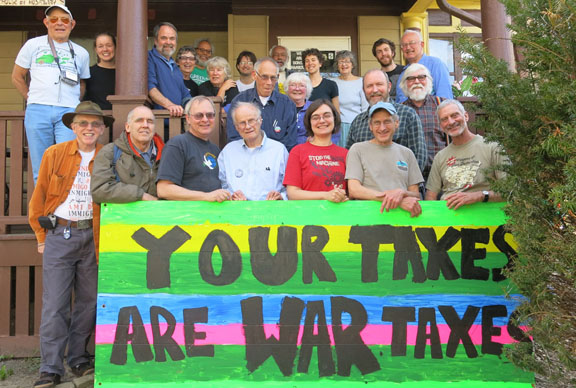 We actually got a good group photo this time, before people left for the weekend! Attendees gathered on the steps at the Casa Maria Catholic Worker house behind a sign saying “Your taxes are WAR taxes.”

A delicious dinner was followed by the Methods of Resistance panel, featuring Milwaukee local activists George Martin and Mary Watkins with our own Ruth Benn. A great presentation of local issues around peace and police brutality and civil disobedience.

I recorded both the Afghan Peace Volunteers and Methods of Resistance sessions and these will be going up online in the next couple of weeks. I’ll update this post with the links when available. 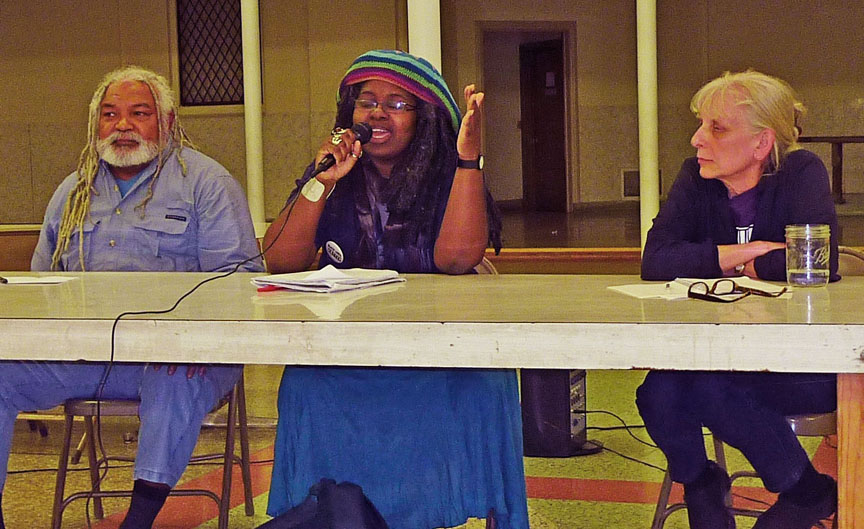 George Martin of Peace Action Wisconsin, Mary Watkins of Coalition for Justice, and Ruth Benn, Coordinator for NWTRCC, each spoke at the Saturday night panel on Methods of Resistance.

Our Sunday morning business meeting went well, thanks to the facilitation work of Ad Comm members and the thoughtfulness of the attendees.

As usual, the meeting ended too soon – I always wish we had a couple more days together, even if just to talk issues out, build our friendships, and make more plans for working on things locally and nationally. Looking forward to seeing folks in November!

2 thoughts on “May in Milwaukee”