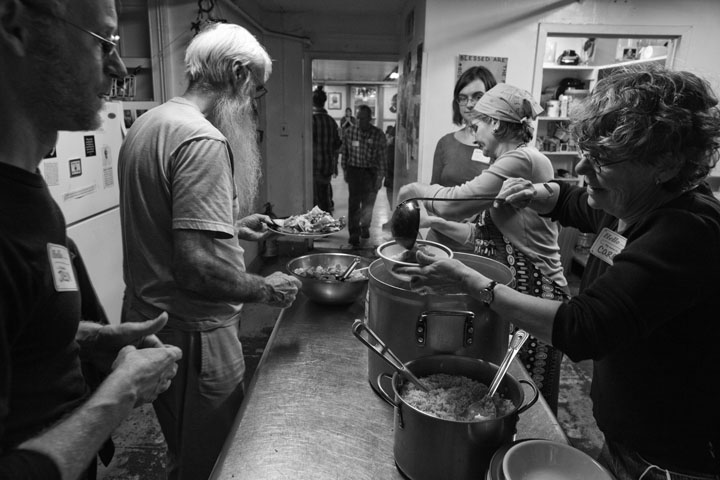 Thanksgiving is a complex holiday, in its celebration of the pilgrims who spurred colonization of the already-occupied North American continent, and in its urging for us all to take stock of what we are glad to have in our lives. Here’s what some war tax resisters have expressed gratitude for over the years:

“I am grateful to the many, many brave war tax resisters, especially Wally and Juanita Nelson, who went before me and showed me the way and gave me courage. I am very grateful to those who have been harassed far more than I have and have been strong and brave and clear over many years. I believe WTR is an important, quiet, powerful witness. And I am proud to be among all those nationwide who say no to taxes for war – in whatever fashion they choose – and “choose life” as it says in the Hebrew Scriptures” – Andrea Ayvazian

“I’m very grateful to have found in the Kansas City area like-minded people who strengthen my resolve and inform my conscience.” – Beth Seberger

“I am grateful that none of my money went to IRS during the horrifying Bush years, to pay for war, for torture, for the erosion of human rights and civil liberties.” – DeCourcy Squire

“One attendee wishes he could live below a taxable income, but he is also grateful that having taxes to refuse allows him opportunities to resist and also to have money to give away.” – notes from the November 2010 New England gathering

Many thanks to everyone who has donated or renewed their subscription in recent months.
For keeping up with affiliate dues we are grateful to: War Resisters League, New York
For a grant of resisted war taxes, we are grateful to: Southern California War Tax Alternative Fund. – from the October/November 2013 newsletter

What are you grateful for?