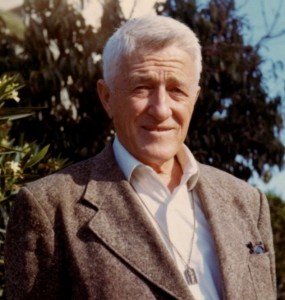 “To not pay taxes is not my whole message but it is a part of the life of a rebel which I chose to act upon. For despite all talk you either pay taxes or you don’t.” — Ammon Hennacy

Anarchists and anti-authoritarians oppose the state and its machinations. We may find it incongruous with our beliefs to pay taxes, particularly when around half of the annual federal budget pays for the war machine. Some people choose to resist taxes specifically because of their opposition to the military.

War tax resistance is refusal to pay some or all of the taxes that pay for war. In the U.S., war tax resisters may resist federal income tax and/or the federal excise tax on local telephone service. They may also limit their spending on gasoline, alcohol, and other items taxed by the federal government.

War tax resisters either keep their income below the taxable level to avoid owing the IRS anything or donate resisted taxes to other worthy causes, showing that they can make better use of the tax dollars than the government can.

Close to half of every income tax dollar spent by the federal government goes to militarism, including wars, past debt on wars, and maintenance of the U.S. military, its bases, and equipment. Anarchists and anti-authoritarians use a variety of tactics to oppose the state and capitalism, including war tax resistance. If we don’t believe that the military should exist, withdrawing our financial contributions sends a strong message.

As war tax resisters, we think that resisting militarism and war is worth the potential risks and hassles. Our actions provoke thought about alternatives to taxation in an anarchist society, and build solidarity with people of other political perspectives who share our commitment to abolishing militarism. No one tactic will eliminate the state, so it’s important to confront state power in as many ways you are able. Ask yourself: if you oppose the state with your rhetoric and actions but support it with your money, how effective are you really being?

Many anarchists and anti-authoritarians make low enough incomes that the IRS does not require them to pay income taxes. Whether or not your low income is voluntary, you can limit or eliminate any federal income tax withholdings on your paycheck through the W-4 form, which you fill out at the beginning of your employment as part of the paperwork. You’ll hold onto your earned money from the beginning rather than loaning it to the government until you get a refund at tax time. People of almost all income levels and job situations can be war tax resisters. See Resources below for more information.

If you choose not to pay income taxes, you can also choose whether or not to file an income tax return. To avoid any income tax liability, you may earn less than a taxable income and/or take deductions to increase the amount of money you can make without owing taxes. If you are self-employed, you can resist Social Security and Medicare taxes too, because the government borrows that money for their wars. However, this is not an exhaustive list of the ways to resist!

“The State is itself the greatest criminal, breaking every written and natural law, stealing in the form of taxes…”