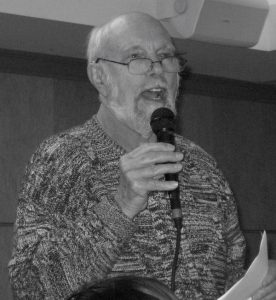 [Editor’s Note: The following two stories were shared in our recent 40th anniversary newsletter. We will continue celebrating our 40th anniversary at our 4-6 November 2022 conference on Zoom. You can see the full schedule and register here.]

The Origins of NWTRCC

It was 1982, and Genie and I had moved to Colorado to form a western office of the National Center on Law and Pacifism. We founded the Center in 1978 in Philadelphia with Quaker and Catholic peace activists t0 help people of conscience who were living in poverty, in prison, and to resist war by withholding their taxes.

Eventually, we had volunteer attorneys and contacts all over the country assisting people in workshops, court representation, and the publication of a guide, “People Pay for Peace.” For four years we conducted these efforts along with the War Resisters League and the Conscience and Military Tax Campaign.

By 1982, these organizations were overlapping and duplicating some of their work. The idea cane to me to form a national organization that would coordinate the efforts of these groups and become more effective in their work. And that’s how NWTRCC was born in a meeting in St Louis. We applaud NWTRCC‘s 40th anniversary and the wonderful leadership it has received over these many years. Genie and I are glad to have lived to an old age to see it. 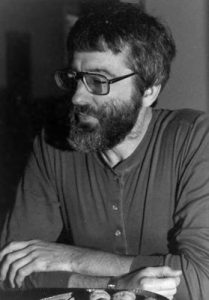 Kathy Levine and I moved from Virginia to Long Island to work for the Conscience & Military Tax Campaign (CMTC) in the early 1980s. We moved along with her two kids and our wood stove. We both put in a lot of time and didn’t punch a clock. The office was in the backyard garage of the house we lived in in Bellport on the south shore on the great South Bay with Fire Island across the water.

Occasionally in the winter the bay froze and we could walk out to Fire Island. Kathy also was an avid organic gardener and spent a lot of time tending a garden nearby that provided a good deal of the food for us. We hauled horse manure and eel grass regularly for the garden. She planted winter wheat once for a winter cover crop and we ended up harvesting it and grinding to make homemade whole wheat bread. Kathy is still a farmer today at her home in Hawaii.

Kathy applied for and was hired to be the first coordinator for NWTRCC. We left CMTC and later, after we had moved to East Patchogue, I joined her as the co-coordinator. We worked out of the house that we rented and one of the major projects at that time was a legal manual. Kathy worked a good deal with Vicky Metcalf to create that resource. I stood at a copy machine many hours printing copies of the manual. And when Kathy and I split up, she continued with NWTRCC for a while until a new coordinator was hired and the office moved to the Pacific Northwest.

We enjoyed doing a little traveling for NWTRCC conferences in Los Angeles and Austin and Colorado. Seeing a little bit of the country was one of the perks of the job. It was during my time working for NWTRCC that I had my 1985 adventure with the Justice Department and the Brooklyn federal district court and Judge Weinstein, who dismissed the case against me, finding in my favor and establishing a precedent for refusing to provide information about assets to the IRS. With that victory I blew my best opportunity so far to end up in jail for civil disobedience. That eight months in 1985 was probably more stressful than my current adventures with the IRS refusing to pay $250,000 for my $1 million 2016 inheritance and my current debt to the IRS of over $300,000. I continue to hope that people will watch the documentary film The Pacifist, still available on Amazon.