My partner and I were lucky enough to visit Malheur National Wildlife Refuge, Craters of the Moon National Monument, Yellowstone National Park and Grand Teton National Park in late spring of 2022. And we will visit Jedediah Smith Redwoods State and National Park later this summer, as we often do. These are  all extremely beautiful places that protect fauna and flora and are owned by all of us. 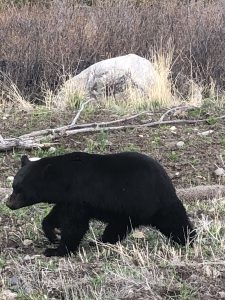 We drove our Prius from Eugene, Oregon to these outstanding national treasures. We passed through some unbelievably scenic countryside and I often thought about how many more of the wonders of our country could be protected and restored if we weren’t supporting wars.

As most of you know, our country spends more on war than any other country in the world. In fact, our military budget is larger than the combination of the next seven largest military budgets! I began resisting paying taxes back in the 70’s when I learned it was possible to do, because I was against killing people. I’m still resisting for that reason, and also because I want my tax dollars to go to life affirming projects, not to war.

Climate and the U.S. Military

Lowering the U.S. military budget would go a long way in lowering carbon emissions from our country. Giving more money to our national parks, reserves, and monuments and less to the military could be used to protect more trees and plants. And that in turn would help to lower the amount of carbon dioxide in the atmosphere and slow the effects of global warming. 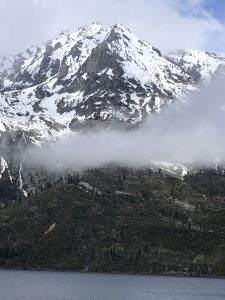 We learned while we were at Yellowstone that the park was established in 1872. In its early years the 2.2 million acres of park was managed by just a handful of people. The government allocated very little resources to protect the park and it was hard to stop the defacing of the geysers, the chopping down of trees, and the poaching of the animals. Many acres were destroyed by fires intentionally set by settlers annoyed that the park was established.

In 1886, the U.S. Army was tasked with managing Yellowstone National Park until 1916 when the National Park Service was established. The troops withdrew from the park by 1918. The military administration of Yellowstone was a model for the management of Yosemite, Sequoia, and Kings Canyon National Parks. If you look at  the park rangers uniforms today, they are similar to the uniforms the Army wore at that time.

Eventually hundreds of officers and enlisted men were stationed at Yellowstone. After a first winter in tents, the Army built some beautiful buildings still used today including a post office, a courthouse, some houses, barracks used for more housing, a museum, and administrative buildings. The Army Corps of Engineers built many of the roads and bridges that were still in use until they were flooded and destroyed a few weeks after we left the park.

We were able to drive on all those bridges and roads, enjoying the beautiful nature of the park, and they will take years to replace. The flooding was another example of our climate catastrophe–lots of snow extremely late in the season that melted during unusually high amounts of rain. 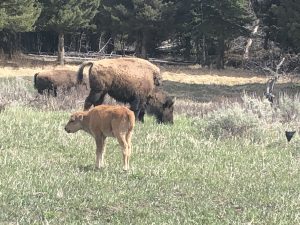 Photos by Sue Barnhart who stated “We saw many animals- baby bison and bears, coyote, wolf and fox cubs”

If only the funds and personnel in the Defense Department could be transferred to preserving life instead of destroying life. Funds could be used to maintain trails and build more trails. Many of the trails we were on needed maintenance. Money could be put towards building an outhouse in front of each trailhead. It could be used to restore buildings that were built by people out of work during the Great Depression who found work in the Civil Conservation Corps.

Money could also be used to hire more rangers and biologists to study climate change and the threatened extinction of so many animals and plants and to work toward preserving them. It could be used to purchase electric buses to transport tourists so that there would be less cars on the park road and less congestion. More informational displays could be built. More National Parks could be created. The National Parks budget gets cut every year, while the military’s budget  gets more funds than it asks for.

I’ll keep resisting taxes for war until none of our tax dollars go towards war. And I’ll keep dreaming of what those tax dollars could be going towards if they were not paying for war. 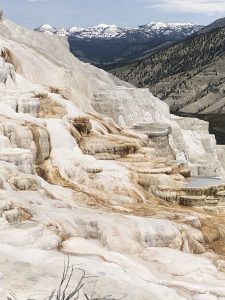