In the tragicomedy Rosencrantz and Guildenstern are Dead, the question emerges of when one first learned of death. The two attempt to recall when they first learned of their mortality; how one could hold such a heavy concept. It is difficult to contemplate and understand one’s own death but then to attempt to comprehend what a “nuclear winter” could involve. The possibility that humans could destroy themselves or make omnicide possible. Omnicide, the 20th century concept that was the “logical extension of suicide, homicide, genocide. Although it is a concept too final to even imagine, it must be taken seriously.” 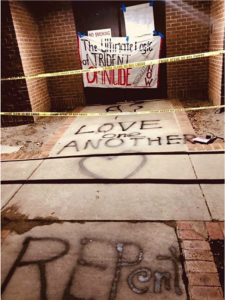 Some who have taken that threat seriously in the U.S. include members of the Plowshares movement. One of the participants, Dan Berrigan explained that we do not have peace because we do not have people who are willing to take similar risks as those who take up arms and kill. Dan’s words at the trial of the nuclear disarmament action still resonate: “The only message I have to the world is: We are not allowed to kill innocent people. We are not allowed to be complicit in murder. We are not allowed to be silent while preparations for mass murder proceed in our name, with our money, secretly, It’s terrible for me to live in a time where I have nothing to say to human beings except ‘Stop Killing.’ There are other beautiful things that I would love to be saying to people.” 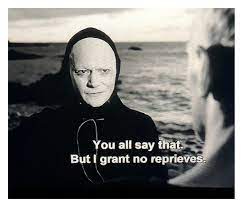 War devalues all life. It attempts to make some lives seem dispensable and others elevated. It has been challenging to witness images coming out of Ukraine and Russia and not feel one’s own life cheapened. Or to wonder about bombings elsewhere in the world that are not given attention. While it has long been said that truth is the first casualty in war, it is difficult to get reliable information especially with social media and the possibility of misinformation.

In recent years and with the rise of social media there has emerged the notion of the attention economy. It looks at what we can perceive and what actions we can take; sometimes “a wealth of information creates a poverty of attention.” The stories that we tell have great power and those in positions of power know that. The big lie that underlies war is the myth of scarcity; that people must compete.

One of the images that stood out over the past week were of Ukrainian men who were at a train station. The men were prevented from leaving, only women and children were allowed on the train. There was so much desperation and weariness expressed in the faces. They were informed they must remain and take up arms that were largely provided by U.S. taxpayer money.

Sometimes it is necessary to simplify the message in order to take action. The definition of economy simply means care of our home. It is about being responsible with the resources in our care. Some call into question the right of nuclear weapons to exist let alone to build a newer generation of more usable nuclear weapons. We have not even figured out how to clean up the first of the nuclear weapons waste that lies in landfill that is on fire near the confluence of the largest rivers in the U.S. Now there is news of a fire at the largest nuclear facility in Europe and sending the world economy into a more volatile position.

I was thinking about war tax resisters who attempt to live in a world of their deepest imaginings. Those who realize that insatiable is not sustainable an who state that war is a racquet and nuclear weapons are insane. Who try to create the world in which we want to live and not allow the devaluing of life. Who realize as was expressed in the last line in the movie Don’t Look Up: “We really had everything, didn’t we?”

One thought on “Keep it Simple – Stop Killing”