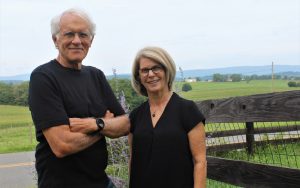 Rick & Carolyn Yoder have been resisting a symbolic amount (about $200) each since they married in 1975.

Carolyn and I have been war tax resisters since we were married in 1975. Although we were both raised as Mennonites and continue to be members of the Mennonite Church, one of the three historic peace churches in the U.S., we both had experiences after college while doing volunteer work overseas (before getting married) that generated some ethical dilemmas that led us to the decision to be war tax resisters.

Some war tax resisters choose to claim high deductions, not file tax returns, live under the poverty level, or a variety of other options as a way of resisting. We both have regular jobs that generated enough income (Carolyn is a psychosocial trauma therapist and I am a retired economics professor and international health reform consultant) that we had taxes due each year and thus submitted tax returns each year. We claim enough deductions [on our W-4 forms] or withhold enough of our self-employment tax so that we have a balance due the IRS each year. With those returns we typically withhold around $200 rather than 48 percent of our taxes due — the estimated percentage of the Federal Budget going to military spending. Withholding the full 48 percent would certainly have more integrity, but for a variety of reasons — or maybe “excuses” would be a better word — we have not done that. 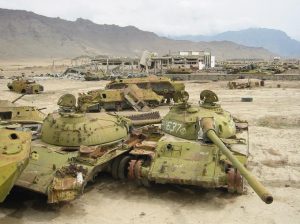 We send a letter to the IRS with our tax returns explaining what we are doing and why, with copies to the White House, our Congresspeople, Senators, and others. We send the $200 (or whatever the amount withheld) to organizations doing peacebuilding work, that is, we are redirecting our war taxes to non-violent life giving causes.

We’ve been fortunate in having a faith community that supports these symbolic acts of resistance. In 1988, Community Mennonite Church, where we are members, took an official action to support — morally, financially, and otherwise — its members who as an act of faith and conscience, choose to withhold all or some of their military taxes. We include with our tax returns our church’s letter of support for these actions. There are about 8 or 10 households at Community Mennonite who do this — as well as a number of other households in the Harrisonburg, Virginia area where we live. We are grateful for that.

What’s been the response of the IRS? Each quarter we get a computer-generated letter from them telling us of overdue and unpaid taxes along with penalties, interest, and warnings. Each letter expresses increasing levels of threat. I respond to each one enclosing our original letter to the IRS along with Community Mennonite Church’s letter of support. 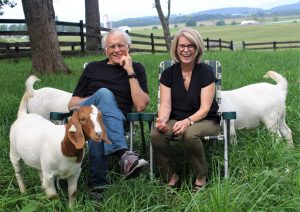 The IRS usually finds ways to get their money eventually — typically, by putting a levy on our bank account, taking it from my Social Security, or from Virginia state taxes due us.
Does it take a lot of time? It’s a hassle — perhaps an hour each quarter — but not that big a one. We’ve never been audited, so if we were, then it would take a lot more time. But we do keep records of everything just in case we are audited at some point. Is our church’s letter of support a deterrent to being audited? We don’t know but at least it sends a signal that this act of resistance is from more than a lone individual.

We know our actions have no effect on reducing military spending, but it does change us and perhaps, as John Lewis said, “it makes good trouble.” It’s a small way of going beyond talk to action and aligning our lives a little more with our deepest values. It’s also an act of saying “there’s a better way”; a small statement of our witness for peace.

[Editor’s Note: NWTRCC has recently created a web resource on symbolic resistance as part of its Tax Season 2022 Refuse to Pay for War Campaign.]