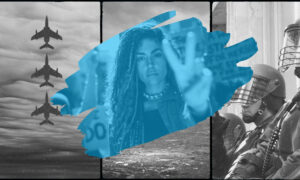 World Beyond War is hosting their annual conference beginning on Friday, June 4th. NWTRCC Coordinator Lincoln Rice will be presenting on war tax resistance. At this international conference Lincoln will be joined by colleagues at Conscience and Peace Tax International/ Conscience UK as well as Conscience Canada. The session on War Tax Resistance will be held at 18:00 EDT.  You can register for the conference From Weapons Fairs to War Zones: Unraveling the War Machine by following the link.

Some of the other sessions include How to Shut down a Military Base, Corporate Research for Taking Action Against Wars and Militarism and a panel discussion The Shadow World-Inside the Global Arms Trade. I look forward to hearing from war tax resisters outside of the US as well as other US war tax resisters including Kathy Kelly and Bruce Gagnon.  You can find a full list of the schedule here. 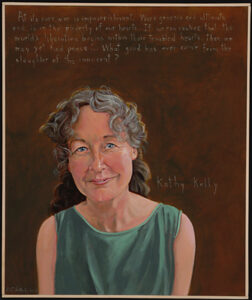 I recently encountered a detailed report from war tax resister Robert Randall on a presentation from Bruce Gagnon at Conscience and Peace Tax International around 2000. Robert’s report Return of Star Wars refreshed my memory about “Vision 2020, a Space Command document, is clear in stating its intention to continue Western colonialism by protecting US military and commercial interests in space.” I recall reading that document and some by DARPA nearly 20 years ago; how pivotal it was to my life trajectory as well as solidifying my commitment to war tax resistance.

Yet it was really getting to know other resisters and their motivations and experiences that inspired me. I recall Bruce Gagnon talking about how he learned about the US military plans to put nuclear weapons and power in space when he attended the largest anti-nuke gathering in New York City  and how it guided his strategy with the creation of the Global Network Against Weapons and Nuclear Power in Space. He spoke of trying to cut them off at the pass of not putting nuclear weapons in space. 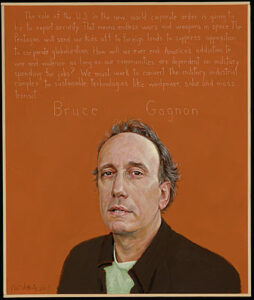 It seems as though we are at a similar crossroads in terms of creating a more peaceful world and preventing a new generation of nuclear weapons. Recently the US has spoken about investing $634 Billion in US taxpayer monies to the Department of Energy nuclear weapons laboratories and production facilities over the next 10 years. “In addition to the modernizing the nuclear weapons warheads, which is done under the purview of the Energy Department, the Defense Department is planning to replace each of the three “legs” of the nuclear triad- the Ohio-class ballistic missile submarines, the Air Force long-range nuclear bombers, and the Minutemen 3 land-based intercontinental ballistic missiles, or ICBMs.”

We are learning new ways to resist militarism that has been encroaching more within our communities. We are adapting together and learning from each other in ways to resist and hopefully allowing the stories we learn from each other to move us in such ways to transform the trajectories of our life and therefore the course of history.