As 2020 comes to a close, it seems like a good time to look back to where we have been; have clear eyes about where we are headed in order to forge a new path. By January 15th 2021, 5,ooo total U.S. troops are poised to remain in Iraq and Afghanistan.  After a height of 170,000 troops in Iraq and 100,000 troops in Afghanistan and over 19 years of war this appears to be welcome news to the longest ongoing war in U.S. history. A former Marine captain wrote “Two Costly Wars and a Legacy of Shame” in the New York Times that the US Defense Department alone spent $6 trillion dollars “costing each American taxpayer an estimate more than $7,000” on the wars in Iraq and Afghanistan. With the increased use of drone attacks, the Obama and Biden administration seemed to prove that troops on the ground are not an essential part of warfare anymore. 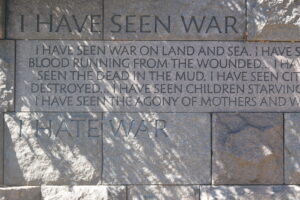 Brown University’s Costs of War project published a report Afghanistan’s Rising Civilian Death Toll Due to Airstrikes 2017-2019. The study reports that from the end of the Obama administration to the last year that information is available from the Trump administration, that the number of civilians killed by US led airstrikes increased by 330%.  After the Trump administration relaxed the rules of engagement with regard to airstrikes, 3,800 Afghan civilians killed in 2018 alone. That time also saw an increase in military spending from $580 billion in 2016 to $713 billion in 2020.

In Trump’s Pernicious Military Legacy, Michael Klare writes that Trump inherited the Global War on Terror, a seemingly endless wars throughout the globe while Biden will inherit a shift that some refer to the “Great Power Competition.” He writes “The posture he’s bequeathing to Joe Biden is almost entirely focused on defeating China and Russia in future ‘high-end’ conflicts waged directly against those two countries—fighting that would undoubtedly involve high-tech conventional weapons on a staggering scale and could easily trigger nuclear war.” 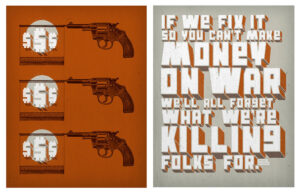 While the path ahead may appear to position the U.S. against China and Russia, the reliance on covert operations will increasingly be a larger part of U.S. military strategy as evidenced by spending. Just this past week the Army Times wrote, “Congress plans to raise funding by 50 percent for the obscure authorities used by U.S. special operations forces to counter adversaries in foreign countries through irregular warfare, according to the defense bill approved by both the U.S. House and Senate, but still pending the president’s approval.” These programs use U.S. Special Operational Forces in “grey zones” outside of traditional armed conflicts like island developments in the South China Sea and differs from a similar program that uses surrogate forces in places like Africa that has seen increased funding in the past decade.

In These Times, Sarah Lazare wrote a timely article “Congress is Deadlocked on Covid Relief But Came Together To Fund the Pentagon for $740 Billion: There is always money for war.” She states, “The so-called ​’War on Ter­ror’ has turned the whole plan­et into a U.S. bat­tle­field, and now the Unit­ed States is plan­ning to inten­si­fy its mil­i­ta­riza­tion of the Asia-Pacif­ic region in order to esca­late against Chi­na, which the cur­rent National Defense Authorization Act reflects, with bipar­ti­san sup­port. That we can find the mon­ey for war but not for coro­n­avirus relief expos­es the moral rot at the cen­ter of U.S. pol­i­tics, a rot that must be dug out and expunged if we are to get through this crisis.”

Jeremy Scahill wrote an article about the Biden administration’s appointments and what they seem to indicate for the incoming president in Biden is the Perfect Figure for the National Security Establishment.  “There is a consensus among the old establishment Democrats and Republicans that militarism and the myths of American exceptionalism are eternal, nonpartisan truths. In their eyes, a team of rivals doesn’t include leftists. It is a tactical or strategic rivalry among a handful of camps within the same war party about how best to conduct imperial policy.”

Many are looking towards putting pressure on the Biden administration by focusing on the first 100 days in office. The Poor People’s Campaign has created 14 Priorities to Heal the Nation.  #13 states “Redirect the Bloated Pentagon Budget toward these Priorities as a Matter of National Security.” 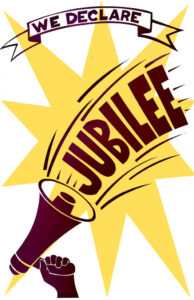