Yesterday I had a lovely swim in the ocean with friends who had rented a beach house for a couple weeks. What a privilege to float on my back looking up at the blue sky or to watch the sanderlings skittering along the perfect sand beach. Nature is awe-inspiring. 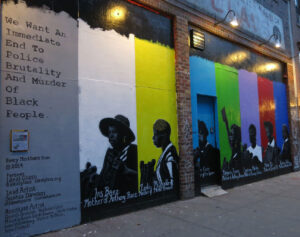 Today I’m back at the computer, starting the day off with a dose of a different reality from Democracy Now and other news sources. In the face of all that…

…I’m thinking about the courage of so many nonviolent activists who are out there in the streets, across the country, day after day demanding change in the face of many dangers — now including the guns of white supremacists.

…I’m looking at that photo of the women of the WNBA, wearing tee shirts with seven “bullet holes” in the back and making their powerful statement of why they have to walk off the court, along with a growing number of athletes.

…I remind myself about all the other incredible organizing that is going on in each of our communities, whether demanding housing-for-all, action on the climate crisis, universal healthcare, prison abolition, immigrant safety and rights, eliminating poverty, animal welfare….not to mention ending war and transferring the billions from the Pentagon to righting all these crises and more.

Still, it’s my blog day and I’m at a loss for words (not for the first time). It’s pretty easy to get caught up in the awfulness of where we are at politically and find it hard to see the light at the end of the tunnel.

Then my mind in its wanderings somehow lands on Dennis Brutus (1924-2009). It’s a comforting place to land, with this activist, educator, journalist and poet who fought apartheid in South Africa, was jailed at Robben Island, and lived in exile in Britain and the U.S. (South Africa “unbanned” him in 1990). He became a war tax resister while teaching at the University of Pittsburgh in the early 2000s. “I am prepared to pay taxes where these are due but have decided not to pay taxes that will be used to purchase arms for immoral and unjust actions such as the invasion and occupation of Iraq, among many other actions,” he wrote to the IRS in 2004. 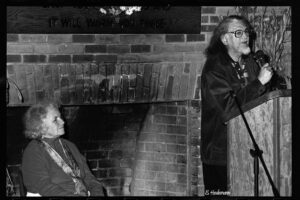 Reading about Dennis Brutus’ life and poking into his poetry again reminds me that it is possible to live through a horrific period, face worse things than I can imagine, and find some light again — but also not rest on laurels. Taking a quote from the Wikipedia page linked above that summarizes Brutus’ life, “he was a fearless campaigner for justice, a relentless organizer, an incorrigible romantic, and a great humanist and teacher.” (Olu Oguibe, University of Connecticut)

To easily peruse some of Brutus’ poetry, I found a PDF collection, Poetry and Human Rights: Poems by Dennis Brutus, on the Worcester State College website where some of his papers are held. I can’t reprint any of the poems here, but I encourage you to check them out. “Poem for Vorster’s Resignation” on page 15 is surprisingly relevant; I love this line “race hatred speared by truth.” Another muses, “Change can come, major change / but it must be prepared for: / How? What must we make happen?” (p.22)

And I’ll end by pasting in a handwritten poem that came with one of his letters to the NWTRCC office. I’ve shared it before. It’s still a favorite.

One thought on “Note to Self: Change Can Come”