I feel fairly good about my twenty years of war tax resistance. At times you might even say I feel smug. With the purpose of promoting a more peaceful world, I have redirected those funds to various people, groups, and movements.

But I have not been able to avoid financial support for war entirely. I have paid the federal excise tax on gasoline, airline tickets, alcohol, though I try to keep these purchases to a minimum. Starting on September 24, 2018, the US government will impose tariffs on numerous Chinese goods. As a recent Yahoo! article notes, “by Election Day in November, Trump will have placed new tariffs on $250 billion worth of stuff Americans buy every day.”

Though the Trump income tax cuts will lower tax revenue by $130 billion per year, Chinese tariffs will generate $62.5 billion in 2019. Since producers need to have someone eat these extra costs, the consumer will most likely bear the brunt of these tariffs.

There are a host of ethical issues associated with tariffs, including the issues of fair-trade v. free trade, building local economies v. global economies, the harm done to small business owners, higher-priced commodities that hit poor people hardest, etc. For this post, I am focusing on the ways we might unintentionally support war through consumer-subsidized tariffs. 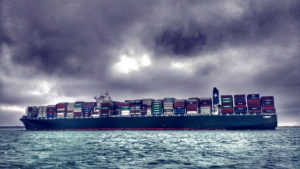 Of course, the United States and China could reach a trade deal, and this could become a non-issue. But I get the sense that as long as Trump is president, the threat of tariffs that support military funding will be a constant threat. You can find the current list of proposed items here. The 194 page list of items includes cow meat, fish, pork, clams, mushrooms, vegetables, fruits, nuts, flour, Epsom salts, iron, coal, sodium, iodine, pesticides, leather, paper, wool, cotton, silver, steel, iron, etc. You get the picture; stuff that most Americans (and probably most WTRs) use every single day.

Another issue is that this list is in constant flux. A number of items that were originally on the list have been removed, including smartwatches and Bluetooth devices, bicycle helmets, high chairs, children’s car seats, and playpens.

So I share this post as my own reflection on the increasing difficulty of not funding the military industrial complex. Though I still plan on resisting my federal income taxes, I will have to do some deep reflecting about how to respond to the coming tariffs. Assuming these tariffs are still in place during the November NWTRCC gathering in Cleveland, it will perhaps warrant its own discussion.

2 thoughts on “Tariffs for War?”