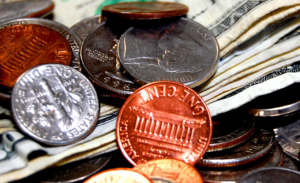 I got a very striking email from the ACLU the other day. I don’t know that anyone in the ACLU is aware of what it sounds like they’re saying, which is stopping just short of calling for tax resistance against the Department of Homeland Security (DHS):

This is all happening on our dime.

Congress will vote on a new budget very soon, and President Trump has requested 23+ billion of our taxpayer dollars for this morally corrupt agency – including resources to put tens of thousands of children and their parents in family prison camps.

Call your senators and tell them we refuse to provide DHS with our taxpayer money while they continue to harm immigrant children and families. We need to speak up now: No wall, no beds, no agents, no family jails.

Tell your senators that you refuse to send your taxpayer money to fund hate. Senators must defund DHS for its inexcusable crimes.

To be fair, I doubt the ACLU is anywhere near calling on folks to refuse to pay taxes. That’s not really in their wheelhouse as a major national non-profit organization. They’re asking folks to call their senators and express outrage.

Paying to put refugees in cages is an extension of US military domination and influence. As our page on border militarization points out, “Many people crossing the US/Mexico border are fleeing instability and poverty caused at least in part by the US.”

I would love to see more widespread calls for resistance to these expenditures. However, a key message of war tax resistance is that it’s not enough to ask those in power to take action. We must also put something of our own on the line. We must take our own risk, and act in accordance with our consciences.

What would it look like for a major organization, or a prominent public figure, to call for tax resistance against migrant detention and deportation? Would it inspire widespread tax refusal? Would it increase the profile of war tax resistance?

P.S. The ACLU letter mentions that the president requested $23+ billion for the DHS. What I think they’re referring to is the combined discretionary budgets for Immigration and Customs Enforcement (ICE) and Customs and Border Protection (CBP), which come to about $22.5 billion. But that’s just a guess. DHS is composed of a variety of other agencies, including but not limited to the TSA, Coast Guard, and FEMA. If you’re curious about the DHS’ 2019 budget request, you can see the briefing document here.

2 thoughts on “This Is All Happening On Our Dime”