I’ve been tangentially following the Pueblo Sin Fronteras caravan of Central American migrants, and have been reading more closely about their experiences since they arrived at the San Ysidro port of entry on April 29, 2018. Migrants and supporters also gathered at the beach in Tijuana and San Diego that day.

Although, several days later, some asylum seekers have been admitted to the US, dozens, if not hundreds, of others are still waiting at the border for processing. The majority of people in this caravan come from Honduras, a country profoundly affected by US foreign policy, including support for the government installed after the coup in 2009. Others are fleeing violence in El Salvador, Guatemala, and Nicaragua. 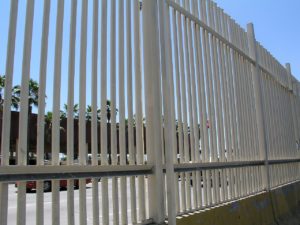 The demonization of migrants is so frequently tied up with US foreign policy. For example, the US has been bombing Syria for six years, in the name of saving civilians from a dangerous government and groups like ISIS. However, the U.S. government views those same civilians as potential terrorists when they try to flee the violence. It’s as if the US government can only stomach spending money to kill people, not to help them. (The history of US bombing in Syria since the Arab Spring is often overlooked. This 2015 Buzzfeed News article discusses the civilian casualties from some of these airstrikes.)

I love the incisive simplicity of the phrase “if you don’t want refugees, don’t create them,” since there’s a lot of racism tied up in anti-immigrant/anti-refugee sentiments. And I’d also prefer that folks’ motivation for ending US interventionism wasn’t motivated by a desire to keep “undesirable” or “different” people out of this country. Anti-interventionism motivated by racism or xenophobia will easily end up reproducing racist results, even if it doesn’t manifest in direct outright war. And if we oppose war merely because it is expensive in the federal budget, will we end up supporting cheaper wars that still displace and destroy communities?

I’m committing part of my redirected taxes this year to help refugees locally, as well as the Pueblo Sin Fronteras caravan. Tell us in the comments how you see your war resistance being connected to justice for migrants!

Several resisters in the NWTRCC network have engaged in solidarity actions big and small to support Central American peoples, making the connection between US foreign policy and migration. For example, the late Peg Morton traveled to Guatemala many times to accompany refugees, and was arrested at Fort Benning as part of a protest against the School of the Americas. Ruth Ann Friesen spent years living in Central and South America, and also helped asylum seekers get to Canada:

I was present in the Rio Grande Valley from 198 to 1992 as Central American refugees were fleeing the horror and trauma of death squad violence and forced recruitment. I participated in the Overground Railroad to help real asylum seekers access the opportunity of visas to Canada. These asylum applicants needed their traumas healed or transformed. Trauma not healed or transformed is passed on.

S. Brian Willson lost both his legs while blocking a munitions train that was carrying weapons for Central American wars, which contribute to today’s refugee crises.

One thought on “Migration and Militarism”