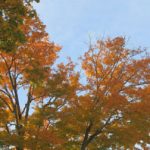 The Gathering was powerful. I drove there and back with Ruth Benn, the NWTRCC Coordinator, and we had a great conversation about the history of war tax resistance in the car ride.

The Agape Community in Ware, Massachusetts, generously opened their space for us all to meet, including finding beds for 15 of us over the course of the weekend. Friday evening and Sunday morning sessions at Agape were focused on war tax resistance stories and organizing. The theme of the weekend was how to recognize the intersections between our movements and join together in resistance to the oppressive system.

The highlight was a Saturday program in Amherst, when Joanne Sheehan (WRL New England staff in Connecticut) and Mandy Carter (a long-time community organizer and war resister from North Carolina) traveled up to lead a community event titled “Dialogue Among Resistance Movements.” There was a total of about 45 people that came for the event, including long-time war tax resisters from the area, students from nearby colleges, and community activists. 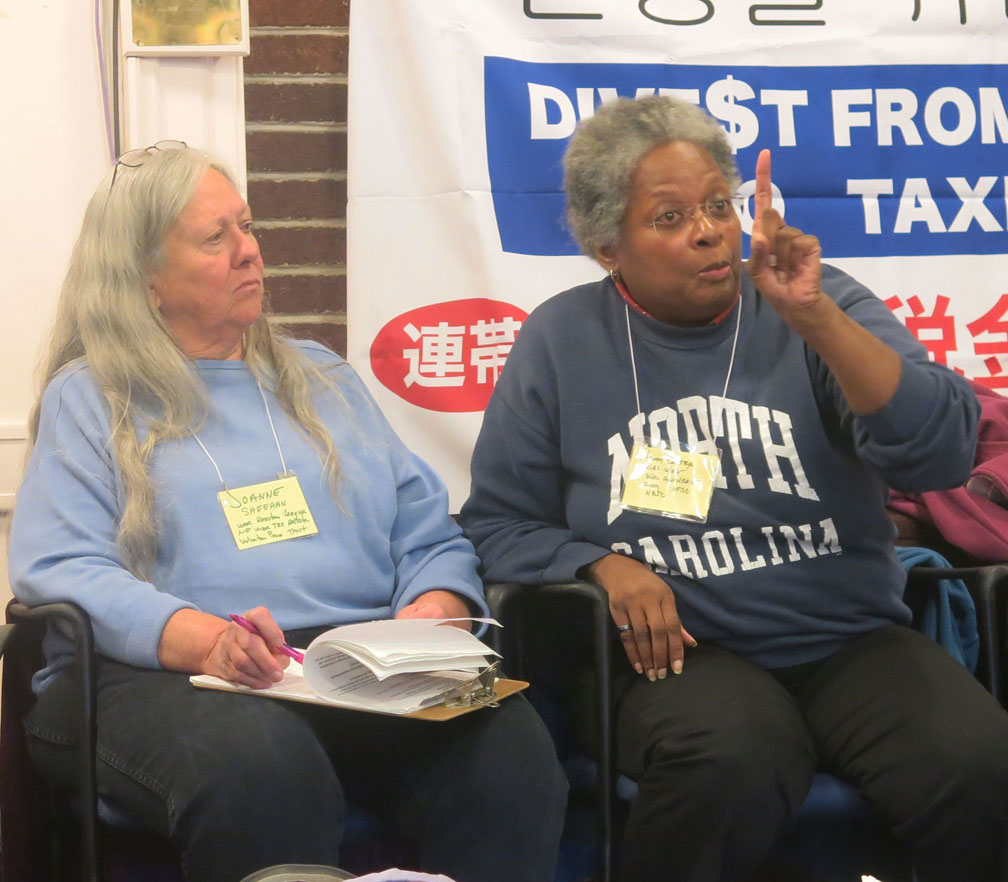 Mandy emphasized the power of one in her story about the Quaker who spoke in her high school and set her on a life path of organizing for peace and justice.

The day started with Mandy and Joanne talking about their stories and early organizing days. Mandy shared about her life story, and how we each need to be real with who we are. Mandy also talked about the organization that she helped found, Southerners On New Ground (SONG), which from the beginning has sought to support LGBTQ people of color organizing in the South.

SONG has changed over the years, shifting its power structure in order to better reflect the community. The organization started with two co-directors (one black lesbian director and one white lesbian director), and then changed to “tri-directors,” adding a Latina director. SONG also started conducting more of their meetings in Spanish and English. Examples like this helped lay the groundwork for our conversations during the rest of the day. What does a truly intersectional organizing model look like? How do we recognize shared issues and work together across lines of race, class, gender, sexuality, immigration status, and ability? 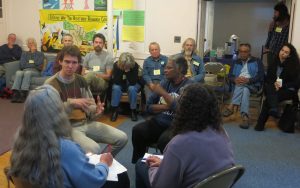 Sam speaking during the fishbowl exercise.

The event lasted all day long. The morning was a fishbowl discussion where four people sat together and talked while everyone in the larger circle listened. I talked in the fishbowl about being a young white queer organizer and the work that my generation is leading. I discussed how Black Lives Matter was started by three young black queer women and has been intersectional from the beginning, including demanding justice for trans people of color killed by the police along with maintaining a fierce refusal to be co-opted or silenced. I reflected on how “intersectional” and “bringing everyone to the table” doesn’t work if the power dynamics at the table means that there are some people who don’t feel safe in the space, or that they won’t actually be able to influence the decision-making because the table is rigged to begin with. In essence, does the power structure actually reflect the politics? Or is it just another feel-good measure? In addition, is “getting us at the table” just trying to get us out of the streets?

Other folks in the fishbowl talked about about “whose table is it?” and why we need to stop the “why aren’t there any young people in the room?” conversations and actually doing the work of relationship building. This very well might require changing the very nature of what the issue is that we are focusing on. Another person talked about being a working class organizer in middle class spaces, and the ways in which classism seeks to divide our movements. Yet another person shared examples from the Kurdish resistance movement, which has implemented new governance structures that are directly challenging institutional patriarchy.

All told, it was a great day of dialogue. And there is more to come! Stay tuned for notes from the workshop on our website as well as gatherings in 2017 that will build on the theme from this year’s New England War Tax Resistance Gathering.

4 thoughts on “Our Movements Are Connected!”