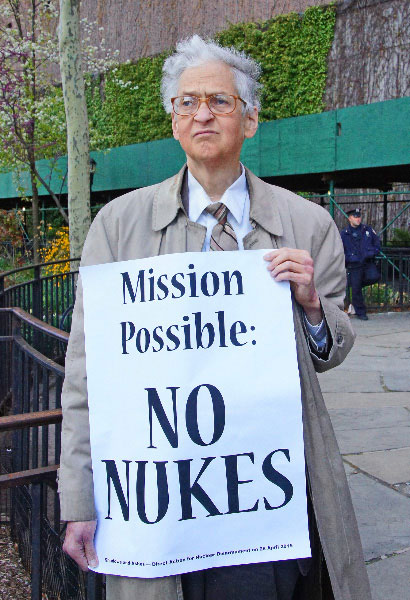 NWTRCC supporter and friend Phil Runkel, Wisconsin, stands firm with his message. Phil had just come from an Earth Day arrest at the Pentagon with the National Campaign for Nonviolent Resistance. They had called on the Environmental Protection Agency to do their job in monitoring and bringing an end to the military’s complicity in causing climate chaos and then took that message straight to the Pentagon. Photo by Bud Korotzer/Desertpeace.