“War Tax Objection for Peace and Justice Conference” was held over the weekend of November 7-9, at the Earlham School of Religion in Richmond, Indiana. NWTRCC sponsors twice-yearly gatherings (May and November) with local hosts to convene the National War Tax Resistance “Coordinating Committee” for a business meeting, but over the years the weekends have developed into mini-conferences also. The content is often defined by the local hosts, and this one included presentations from Earlham faculty members. 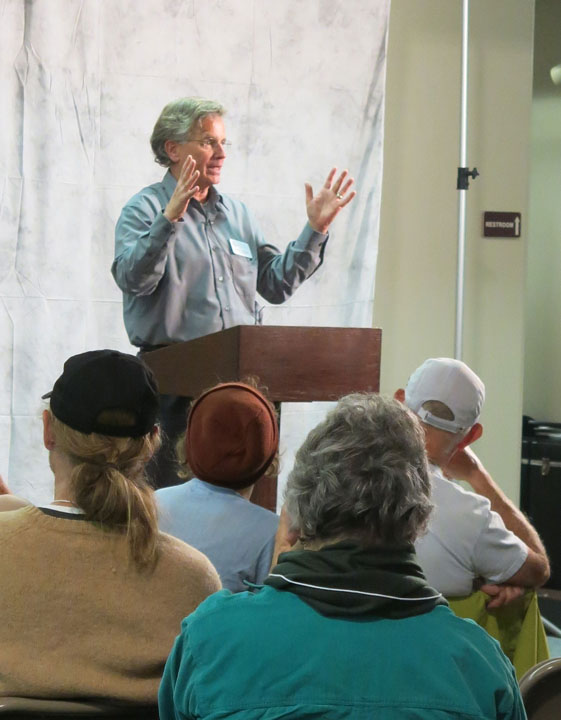 The two Friday presentations, one by our host, Lonnie Valentine, who is on the faculty at the School of Religion, and the other by Joanna Swanger, who is Director of Earlham’s Peace and Global Studies Program, were concerned about how social change happens (which was, in fact, the title of Gypsy’s talk). Both professors included war tax resistance in the context of the wider peace and social justice movement and challenged us to consider our desire for change against specific criteria.

In his Trueblood Lecture, “Quakers and the War Tax Concern: Unfinished Business?” Valentine focused on the history of Quaker consternation over taxes that help pay for wars in which they generally refused active participation. David Gross gives an overview of this talk on his Picket Line blog, highlighting some of the Quaker history.

Valentine presented Quaker actions about taxes and war in the context of confronting four sources of social power:

Some actions we take, such as a vigil at a military base, focus on only one of these sources of control. A political action, like the story of Jesus overturning the money changers’ tables in the temple, is one that takes on all the symbols of power. Does the way we talk about or do war tax resistance challenge all four sources of power? How does our activism intersect with other social justice movements to change those powers? 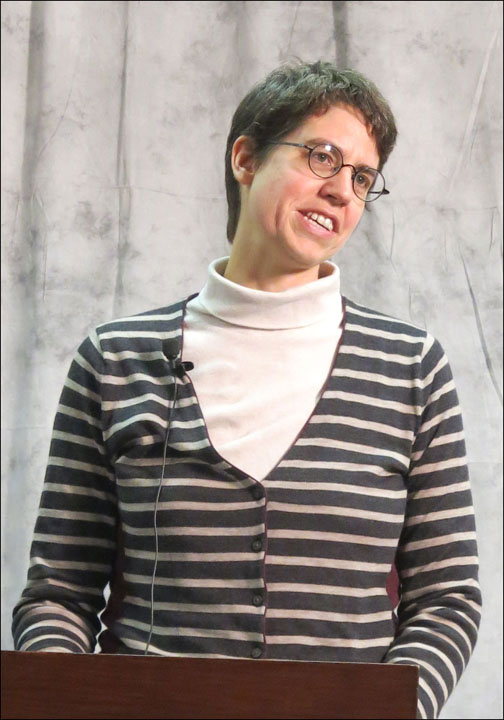 Joanna Swanger said that to wage an effective movement now, we need to “historicize the present.” Rather than talk about “what will work,” look at past movements and ask what won’t work anymore. She feels that social change activists, including war tax resisters, need to reckon with three current situations and address them together:

In peace studies, Swanger sees a split between theory and practice: practice is too often beyond the purview of theory, and theorists ignore what is learned from practice. Each realm suffers in its isolation from the other. Asked about current examples, she did see that the Occupy movement had changed the discourse in general and specifically in her classrooms. Before Occupy there was much idealistic, “theoretical” talk, but after Occupy burst onto the scene there was a “profound shift in students who felt ‘yes, change is possible,’” with an emphasis on looking at specific practices. (In response, our group could have spent hours analyzing and comparing aspects of occupations in various communities.)

Valentine encourages everyone to find a way to connect their actions with other groups. To Quakers his message is stronger, because Quakers actions come up time and again in the history of war tax resistance “but we’ve often failed. It’s unfinished business.” He feels Quakers need to “pick up that militancy again, support people in this room, stand behind them, even say ‘I’m thinking about that too.’” Religious groups that have made statements in support of war tax resistance should encourage their members to take a small step in war tax resistance, like 1040 For Peace, and do it together.

“Go after all those elements of power listed above,” whether through war tax resistance or other actions. Be sure to connect to other groups and develop a support community—like the local groups in the NWTRCC network—which you will need when the risks are high and the going gets tough.

These talks were recorded and are available online: Peter Goldberger, Lonnie Valentine, Joanna Swanger.
Click here for links to photos and more reports from the weekend .

Comments, corrections, sharing of your theory or practice welcome. Click on the bubble to the right of the title to add your thoughts.