It is a joy to discover that someone I have admired for a long time is a war tax resister. This came to my attention through a mailing from the War Tax Resisters Penalty Fund, which is also supported by the National War Tax Resistance Coordinating Committee. Through the Fund, we can learn from, be inspired by, as well as hopefully be helpful to resisters who are caught in the tangled web of IRS debt. I am offering a vignette about one of these resisters and hope that other vignettes will be forthcoming. 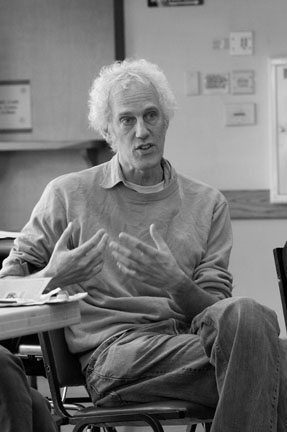 John has recently stepped down after working for long years with the Fellowship of Reconciliation as Co-Director of the Task Force on Latin America and the Caribbean. The Task Force has been dissolved, as FOR moves on to other focuses. A few examples of the work of the Task Force included its effective support of the people of Puerto Rico as they struggled nonviolently to get the U.S. Navy out of the island of Vieques. It also supported a small, isolated farm settlement, La Union, that is part of the Peace Community San Jose de Apartado in Columbia, by providing nonviolent accompaniers to live there. The peace communities in Colombia reject allegiance with any of the armed groups that surround them, and they have been subjected to massacres and assassinations by guerrillas, paramilitaries, and the Colombian army. The accompaniers are now an ongoing protective presence.

In the course of his work, John has become an expert concerning the United States militarization of Latin America and has been effective in working to educate and to act in the broader arena.

For my part, and I believe that of many others, I profited over the years by the informative newsletters that the Task Force sent out to donors and supporters. In addition, in 2006, I was able to travel with a wonderful FOR delegation to Colombia, and specifically to La Union at the time of commemoration of a massacre.

It has been a joy for me to have known John and to have been able to support the work of the Task Force through donations. Now I support John and others through the WTR Penalty Fund. 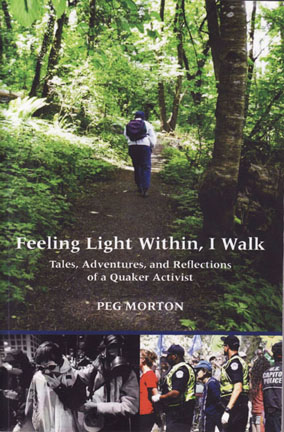 Peg Morton is active with Taxes for Peace Not War! in Eugene, and is the author of an autobiography Feeling Light Within, I Walk: Tales, Adventures and Reflections of a Quaker Activist, which is available from FGC Quaker Books, among other vendors.