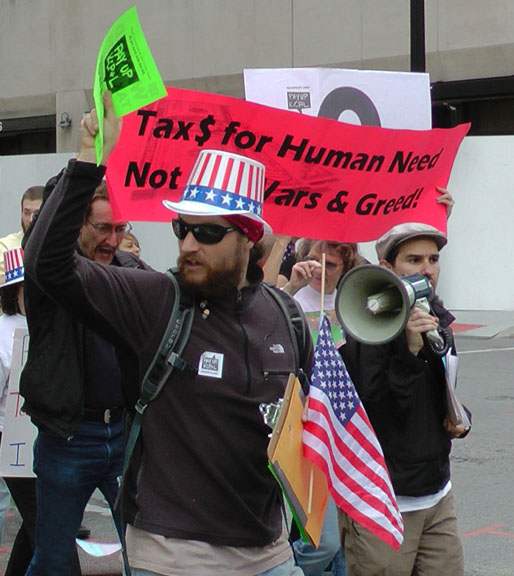 “Tax money for human needs / Not for wars and corporate greed”

“Not a penny, not a dollar / We won’t pay for Pentagon slaughter!

“Send a billion dollars and rush it through / Bullets, drones, advisors too / Obama, Congress, shame on you!”

“One billion sure spends fast / We’re here to say, remember the past!”

And try this rap from the BAY-Peace Youth Action Team flash mob video from 2012 — still timely! Here are the lyrics:

Send us your favorite chants and we’ll add them to this list.