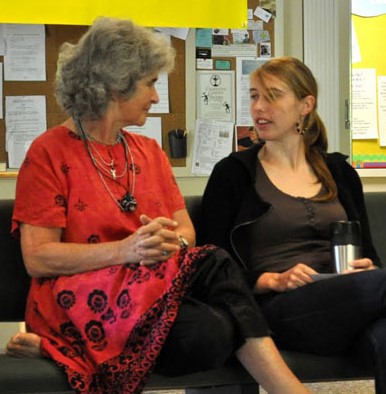 I call myself redmoonsong (having chosen that name 22 years ago). Not supporting the fed with my money has been a way of life for 50 years or so. Back in the 80s, I began to realize that as a European-American, I was a thief. I lived on indigenous land which had been developed with stolen African labor. So, what is my responsibility to all those who have been denied justice in my name (both past and present)? Seems like Native land rights and civil rights are two of the most important areas for me to begin to acknowledge my part in the injustice we call “American society.” By reading books about African peoples and Indigenous peoples, and supporting their actions for liberation, I have been able to realize just where my redirection monies could be most useful. In 2016, I started to form a bibliography of books in which I had read about black, brown, and red peoples (any people of color, really). When one considers just how much time and energy we put into white folks’ affairs at every level and then realize that there’s at least that much going on with people of color, we begin to see what we’re missing. The thing about these bibliographies is that even if you don’t read the books, just reading the titles is eye opening. And let’s face it, us white people need our eyes opened!

[Here is an excerpt from redmoonsong’s reading list. The order is based on the order in which she read the books, not importance.] The Other Slavery: The Uncovered Story of Indian Enslavement in America (2016), Witness to the Revolution: Radicals, Resisters, Vets, Hippies, and the Year America Lost Its Mind and Found Its Soul (2017), Slavery by Another Name: The Re-Enslavement of Black Americans from the Civil War to World War II (2009), Thomas Jefferson Dreams of Sally Hemings (2016), Faces At The Bottom Of The Well: The Permanence Of Racism (1992), My Own Country: A Doctor’s Story (1995), Cutting for Stone (2009), The New Jim Crow: Mass Incarceration in the Age of Colorblindness (2010), The Known World (2006), Between the World and Me (2015), The Fire This Time: A New Generation Speaks about Race (2016), The Warmth of Other Suns: The Epic Story of America’s Great Migration (2010), The Defender: How the Legendary Black Newspaper Changed America (2016), An Indigenous Peoples’ History of the United States (2014), Our Black Sons Matter: Mothers Talk about Fears, Sorrows, and Hopes (2016), The New Odyssey: The Story of the Twenty-First Century Refugee Crisis (2017), Stand Your Ground: A History of America’s Love Affair with Lethal Self-Defense (2017), Empire of Cotton: A Global History (2014), Why the Vote Wasn’t Enough for Selma (2017), The Thin Light of Freedom: The Civil War and Emancipation in the Heart of America (2017), Killers of the Flower Moon: The Osage Murders and the Birth of the FBI (2017), At the Dark End of the Street: Black Women, Rape, and Resistance–A New History of the Civil Rights Movement from Rosa Parks to the Rise of Black Power (2010), The American Slave Coast: A History of the Slave-Breeding Industry (2015), Stamped from the Beginning: The Definitive History of Racist Ideas in America (2016), When They Call You a Terrorist: A Black Lives Matter Memoir (2018), My Grandmother’s Hands: Racialized Trauma and the Pathway to Mending Our Hearts and Bodies (2017), A More Beautiful and Terrible History: The Uses and Misuses of Civil Rights History (2018), This Little Light of Mine: The Life of Fannie Lou Hamer (1993).