As this Blog is being prepared for publication conferees from the US House of Representatives and Senate are in negotiations finalizing the fiscal year 2020 National Defense Authorization Act (NDAA).  The $733 billion House version was passed along party lines — 220 to 197 — with Republicans united in opposition to the legislation. For the past six decades the defense bill has traditionally been a bipartisan effort, but this year there has been more debate about what can be included in military spending as well as curtailing the executive branch’s ability to declare war.

The Trump administration’s escalating tensions with Iran have given added urgency to war authorization powers. Last month, the president said he did not believe he required Congressional approval in order to launch air strikes against Iran. The decision to attack Iran was reversed and recalled  by the president minutes before the scheduled military raid.  Taking that near strike into account, the US House passed a bipartisan authorization amendment that would curb presidential ability to authorize a military strike on Iran without explicit Congressional approval in their version of the defense bill.  27 Republicans joined in the 251 to 170 vote totals with all but 7 Democrats voting for approval. One of the sponsors of the amendment Representative Ro Khanna D-CA said the vote was “a clear statement from members of Congress on both sides of the aisle that this country is tired of endless wars, that we do not want another war in the Middle East.”

There will be much debate in coming months as the House and Senate prepare to go to conference on the two bills which specify defense related priorities, makes recommendations for fiscal year 2020 appropriations and sets forth policies for the Department of Defense.   Many issues regarding war and peace emerged in the numerous amendments proposed to the bill in the House that expanded beyond limiting war with Iran.  One key difference was the amount of money allocated and how it could be spent. The Senate version defense authorizes $750 billion, in military spending (the figure requested by the White House) – while the House legislation authorizes $733 billion and prohibits any funding for the militarization of the Border.  Another key distinction between the two versions was the Senate allowing for low yield nuclear weapons on submarines while the House prohibited them.

Some of the other amendments proposed in the House version included moving detainees at Guantanamo to the US, banning US support to the Saudi Arabian led war in Yemen, limiting  the ability of the US to provide military aid to Saudi Arabia and the United Arab Emirates,  prohibiting  the use of US military facilities to house detainees from Immigration and Customs Enforcement (ICE) and preventing the US president from holding parades for political purposes. And to further emphasize the war weariness in the US, an amendment was passed in the House to repeal the 2001 Authorization for Use of Military Force(AUMF) recognizing that it has been used in an attempt to justify military interventions the world over for the past 18 years. Little had we known that the 60 word run on sentence that created the AUMF would lead to run away war spending and countless casualties of war. I find great strength from all of you who are not buying it nor paying for endless war. 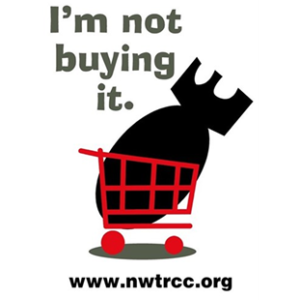