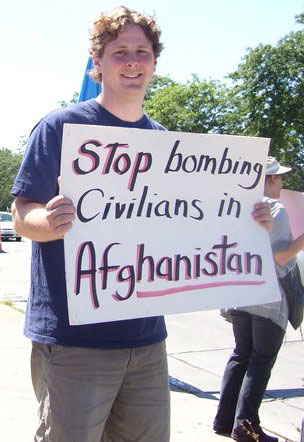 “And who is my neighbor?” A scholar of the law asked Jesus this question, and he responded by sharing the parable of the Good Samaritan (Luke 10:25-37). The Samaritan (an outsider) aided a victim of a vicious robbery after pillars of the religious community had ignored him. I was taught this story as a second grader in Catholic school, and it remains a vivid memory. Often putting others before ourselves, the teacher told us, was the moral of the story. After being picked up by my mother for the car ride home, she asked the mandatory question: “Did you learn anything in school today?” Most days I responded, “No,” and was probably thinking about trying to get to the television before my sister when we got home so that I could watch the cartoons I enjoyed. On this particular day, I was so enthralled by the importance of putting others first that I was glad she asked what I had learned. In retrospect, I might have starting sharing even before she had had a chance to finish asking. “We learned the parable of the Good Samaritan. Everyone is our neighbor and we often have to put the needs of others before our own needs.”

That child version of me searched for different ways to bring that story to life in my own daily living. In high school, I came across The Long Loneliness, the autobiography of Dorothy Day, who co-founded the Catholic Worker movement. Before reading that book I can remember questioning American military policy, but lacking any pacifist role models, my thought lacked concrete form. Dorothy’s strong connection between her faith and active nonviolence was the example I needed. In fall 1998, during my senior year in college, I moved into Casa Maria, the Milwaukee Catholic Worker. I had read about war tax resistance from Dorothy Day, but now I was living with people who practiced it. Now I had the theological foundation and the resources with which to implement war tax resistance. So begin­ning in spring 1999, I refused to pay the balance of my federal income taxes, started engaging in W-4 resistance, and began to redirect those taxes.

From 1999 until 2007, there were years when I was below the taxable limit and years that I owed some money but refused to pay. In 2007, I married Laura. We have a mixed marriage of sorts. We have always filed jointly, but only I employ W-4 resistance. In other words, she pays but has permitted me to file our forms without my portion of our federal income tax. As such, she is still legally liable, but this is a reality with which she is comfortable. As Laura is fond of saying: “If I ever become uncomfortable with the collection process, I can always write a check.” For the time being, each time we read about a drone attack that kills a family on the other side of the planet, we both feel good about our current strategy. To this point, we have only had our Bush tax rebate and state income tax refunds seized, but it is likely that at some point we will have our wages garnished.

Since I have been resisting since 1998, I have had the pleasure of watching some my debt due to the IRS dissolve when it hit the ten year statute of limitations. For war tax resisters who file, the IRS has ten years to collect or begin court proceedings, or the tax is no longer collectable. I must admit, there was a sense of accomplishment in passing the ten year mark. Having the taxes due from my first year of resistance rescinded in 2009 was like receiving a reward for my continued commitment.

Each year, Casa Maria sponsors a tax day demonstration in Milwaukee. We often risk arrest, though I have not been arrested in a tax day demonstra­tion for about three years. Early on in my involvement, we always protested in front of the IRS office in downtown Milwaukee, but a few years ago they moved to a more discreet location. Since then we have tried to become more creative. On tax day 2011, I was arrested with four others at the office of then recently elected U.S. Senator Ron Johnson. As a tea party candidate, he has a passion for reducing the federal budget. He states that all options are on the table, but he refuses to promote any cuts to the military. How can the federal deficit be seriously addressed if the largest portion of the deficit is left unchecked? This past April we held a vigil outside a local Army Reserve base in Milwaukee. Our message: “Fly Kites! Not Drones!” It was a little too windy to actually fly kites, but we prominently displayed a kite and one of our group was interviewed by a local NPR affiliate.

After almost sixteen years of war tax resistance, I have no regrets and many fond memories. I not only feel good every time I see a paycheck without any federal income tax withholding, but I know that that second grader who wanted to live out the story of the Good Samaritan would be very proud.